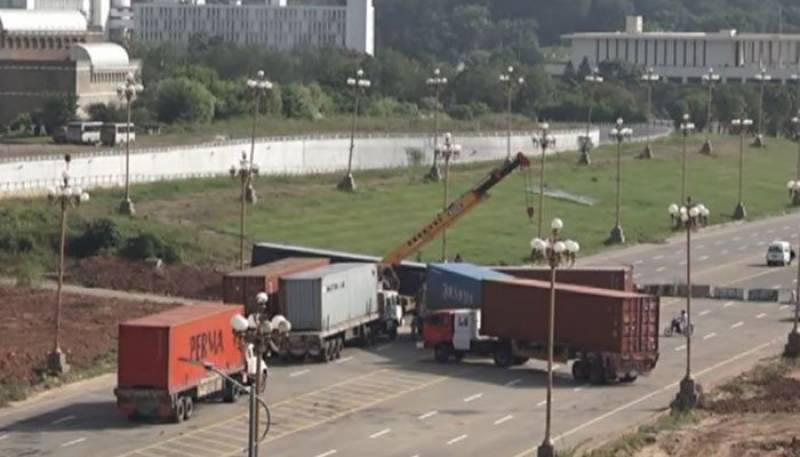 Islamabad (Staff Report): Religious and political parties, members of the civil society and students will hold a rally in Islamabad’s Aabpara area today to protest the cold blooded and callous genocide of Rohingya Muslims.

The capital’s administration has blocked all entry routes into the Red Zone to avert any potential move by the rally’s participants to enter the Red Zone, which houses the Diplomatic Enclave as well.

According to Islamabad Police, around 7,500 personnel have been deployed to secure the rally. The main procession will be taken out by the Jamaat-e-Islami, whose chief Sirajul Haq is expected to lead the rally.

To ensure smooth flow of traffic, Islamabad Traffic Police have issued a route plan for commuters.

Interior Minister Ahsan Iqbal, in a statement, urged protesters to remain peaceful, saying the sanctity of the Red Zone should be respected.

"Pakistan’s standing in the world will be hurt in case of any incident of violence in the Red Zone," said Iqbal, adding that it is Pakistan's national duty to safeguard diplomatic missions.

Meantime, Pakistan Awami Tehreek (PAT) has also announced to hold a rally over the issue in Lahore around 3pm today. The party will protest in front of the Lahore Press Club.

Nearly 90,000 Rohingya have fled to Bangladesh since violence erupted in Myanmar in August, pressuring scarce resources of aid agencies and communities already helping hundreds of thousands of refugees from previous spasms of violence in Myanmar.

The number of those killed is unclear, but in some estimates has crossed 1,000 people.

Myanmar does not recognise the 1.1 million Rohingya as citizens, labeling them illegal immigrants from Bangladesh.