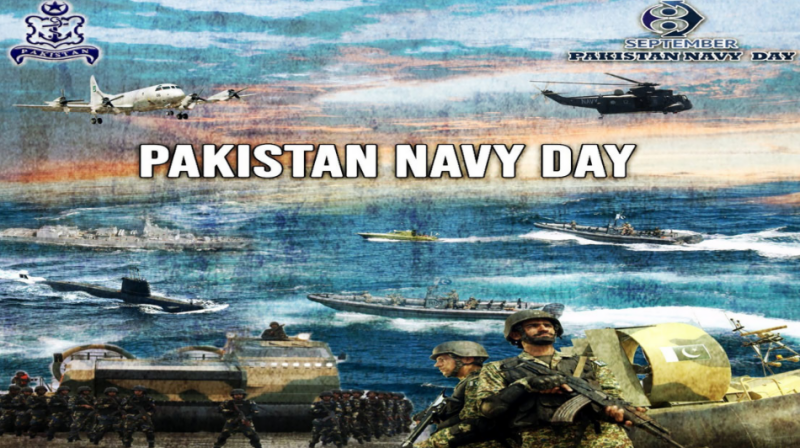 Karachi (Web Desk): Navy Day was observed on Wednesday with national zeal to commemorate the sacrifices, spirit and iconic contributions of Naval heroes in September 1965 War.

The day marks a golden chapter in rich history of Pakistan Navy and a source of inspiration and pride for future generations.

In his message on the occasion, Chief of the Naval Staff Admiral Muhammad Amjad Khan Niazi said that the Pakistan Navy Day on 8th September is a glorious reminiscence of the nation’s history celebrated every year to acknowledge the sacrifices, spirit and iconic contributions of the Naval heroes who embodied determination, courage and valour during the 1965 War.