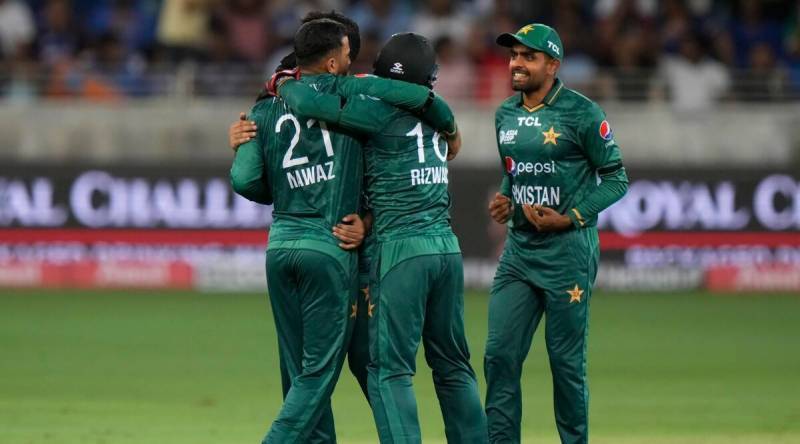 Dubai (Web Desk): Pakistan pulled off a thrilling win over Afghanistan on Wednesday to set up Asia Cup final against Sri Lanka, knocking out rivals India.

Afghanistan set a 130-run target for Pakistan in their 20 overs after being asked to bat first by Babar Azam.

The match appeared to be in the bag after Afghanistan were dismissed for 130, however, Mohammad Nabi and Co. gave the Green Shirts a run for their money with their exceptional bowling.

In the last two overs, Pakistan needed 21 off 12 balls and had just three wickets in hand. In the second last over, Fareed Ahmad took two wickets, including the crucial wicket of Asif Ali.

By the end of his over, Pakistan needed 11 off 6 balls and just had their numbers 10 and 11 — Naseem and Mohammad Hasnain — on the crease.

However, Naseem’s two sixes from the first two balls of the penultimate helped Pakistan snatch victory from the jaws of defeat.