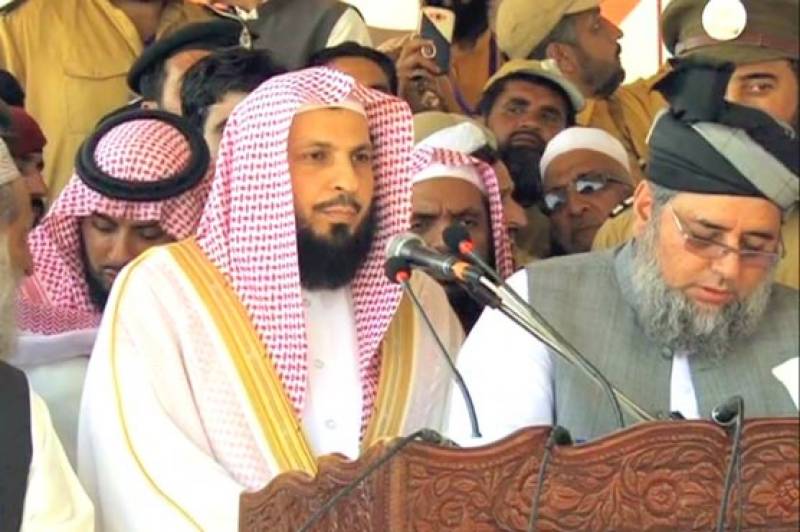 Imam-e-Kaaba stressed while addressing the gathering on the final day of JUI-F’s three-day centenary celebration that Islam is a religion of peace and asked the Muslim community to stand united in the trying times.

He further said, “This gathering has sent out a message of peace and unity to all humanity. It has spread the message of the Holy Quran to hold fast to Allah and stay united by avoiding divisiveness.”

Imam-e-Kaaba condemned terrorism and lamented that some people want to spread terror by using their own interpretations.

He also stated that that seminaries are preaching to people to stay away from terrorism, “We condemn this; terrorism paralyses [entire] societies and economies.”

He rephrased that Madrassahs all over the world are a source of peace.

“We are grateful to the Pakistani public and government for their unflinching stance on protection of Harmain Sharefain,” the Imam said, adding that the entire Muslim Ummah has hopes attached to Pakistan.