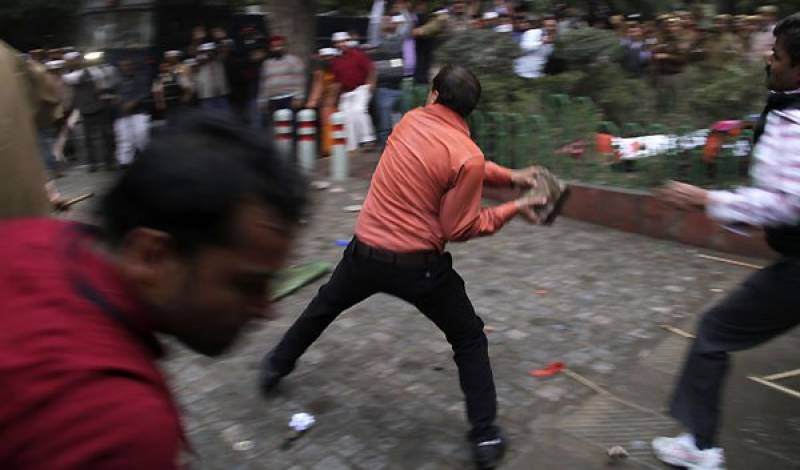 Jharkhand (Web Desk): A mob of villagers beat a 20-year-old Muslim man to death over his alleged relationship with Hindu woman in India.

Police identified the victim as Mohammad Shalik -- a resident of Raza Colony in Gumla town, reported the Hindustan Times.

Shalik had been in a relationship with a Hindu woman from a nearby village for more than a year. The couple met for a Ram Navami procession at Gumla on Wednesday, and Shakil decided to drop the woman home on his scooty.

The mob saw Shakil and surrounded him. They tied him to a tree and then went on to thrash him for hours, the woman informed police.

Shalik's father Mohammad Minhaj said that two people came to his house and told him about his son being thrashed in the neighbouring village.

"I informed police immediately. When we reached at the village, we found my son was critically injured," said Minhaj.

Shakil was immediately taken to Sadar hospital, and eventually referred to Rajendra Institute of Medical Sciences (RIMS) in Ranchi, but he succumbed to his injuries on the way there.