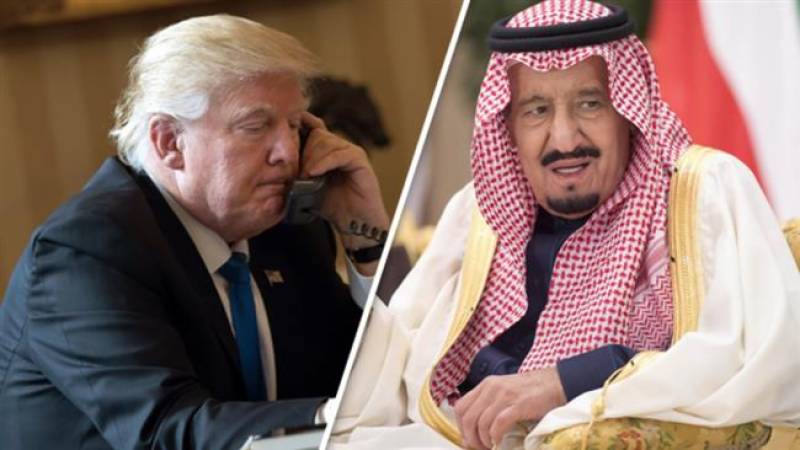 Salman bin Abdulaziz Al Saud said it was a "courageous decision" by President Donald Trump in response to "the Syrian regime's use of chemical weapons against innocent civilians".

President Trump shared information with the Custodian of the Two Holy Mosques about the military operation carried out by the United States against a specific military targets in Syria.

A statement carried by Saudi news agency said, King Salman "congratulated the US President on this courageous decision which serves the regional and world interest".

The Saudi news agency said, “The Saudi king and the US President also discussed US-Saudi bilateral relations and reviewed the situations in the region and the world”.