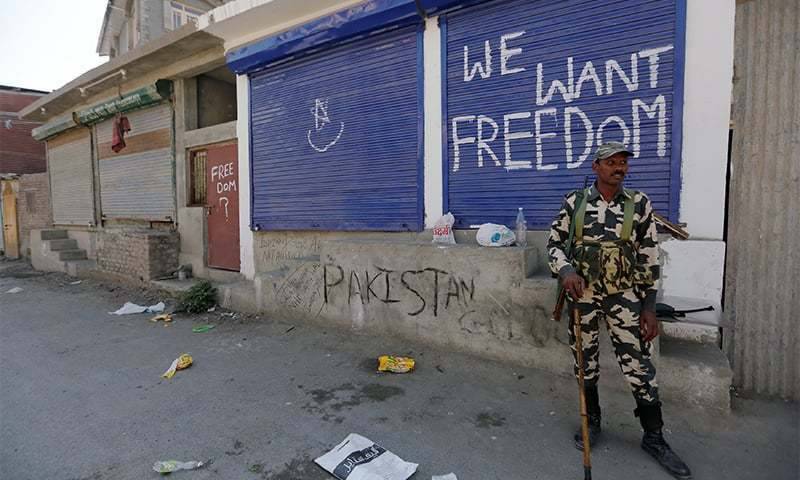 Freedom movement groups in Kashmir had called for a boycott of by-polls in Lok Sabha constituency, resulting in heightened security and low voter turnout when the polling began.

Hundreds of protesters stormed a polling station at Pakherpora in Chrar-e-Sharif area of Budgam district and staged strong protests.

Six persons were injured in the firing, of whom two, 20- year-old Mohammad Abbas and 15-year-old Faizaan Ahmad Rather, succumbed to bullet wounds, after police opened fire to disperse the protestors.

A youth, Adil Farooq, succumbed to multiple pellet injuries in the Magam town. One Aqib Wani was shot dead as police opened fire on a crowd of protestors in the Beerwah area in the afternoon.

At the Daulatpura in Chadoora assembly segment of Budgam district, one person, identified as Shabir Ahmed, was killed in firing by security personnel.