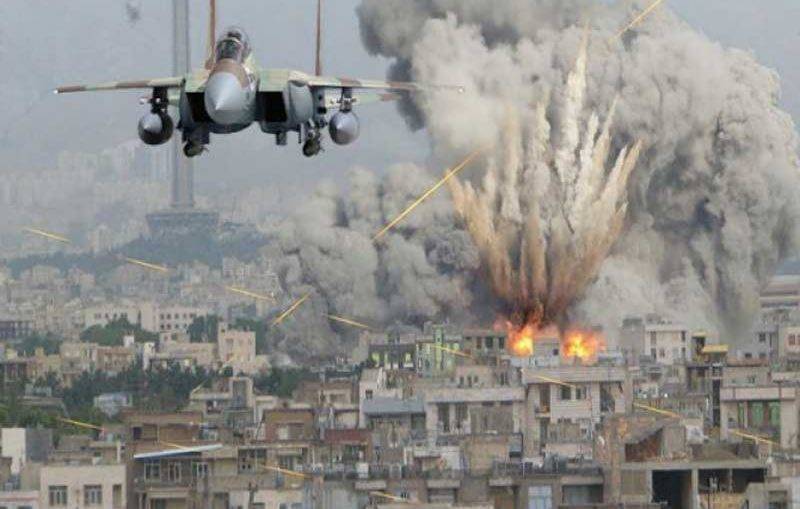 Damascus (Reuters): At least 18 people killed in air strike, including five children in a town in Syrian rebel-controlled Idlib province on Saturday, the Syrian Observatory for Human Rights and the civil defense rescue service reported.

The death toll from the air strikes in Urum al-Joz was expected to rise, said the Observatory, a Britain-based organization that reports on the war using a network of sources in Syria.

The Civil Defence, which operates in rebel-held areas, said on a Twitter feed that the two air raids on the town on Saturday afternoon had killed 19 and wounded 22.

Scores of people were killed in a suspected chemical attack on Tuesday in the Idlib town of Khan Sheikhoun.

The United States launched a cruise missile attack on a Syrian air base in response to the attack. The Syrian government has denied any responsibility.