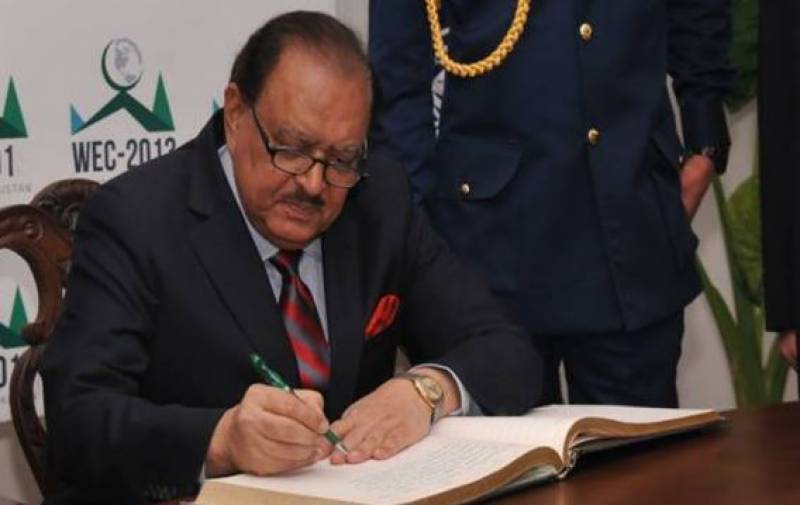 These ordinances will take effect from April 10 and the window to avail the schemes will close on June 30 this year.

The Economic Reforms Package (ERP), envisaging “one-time” amnesty scheme to whiten undeclared assets at home and abroad, reduction in income tax rates, issuance of dollar-denominated bonds and barring cash transactions in non-filer accounts, was announced by Prime Minister Shahid Khaqan Abbasi last week. He said the focus of the new scheme is to facilitate taxpayers and expand the tax net to at least three million people from less than 1.2m in a population of 207m.

The government has given a long list of public office-holders who cannot avail the amnesty scheme. The list includes president, prime ministers, governors, chief ministers, nazims, councillors, government consultants and judges of the higher and lower courts. Those facing litigation will also not be able to avail this facility.

Besides this, a one-time amnesty has been offered to those not paying taxes at present to become taxpayers and whiten their assets by setting aside their past.

The scope of the Foreign Assets Declaration and Repatriation Ordinance has been extended to every resident company, resident association of persons and all citizens of Pakistan wherever they may be, except holders of public office and people in service of Pakistan, their spouses and dependent children. The foreign exchange repatriation through formal channels will be allowed on 2pc payment of penalty.

Under the ordinances, people will be free to declare value of their assets at their will and dollar account holders will be free to keep their accounts abroad, but just declare them and pay 5pc tax.

Dollar account holders in Pakistan who have purchased dollars through undeclared money can also regularise them on 2pc payment of penalty.

New foreign exchange accounts in the country will be allowed only to tax filers, while all dollar remittances less than $100,000 per year per person will continue without any questions asked about the source and enjoy tax exemptions and the information will not be shared with any other agency.

The ordinance regarding the declaration of domestic assets is applicable to all Pakistanis, except those holding public office or those in service of Pakistan and their families since Jan 1, 2000. Through the ordinance, people have been given the opportunity to regularise their undeclared incomes and assets earned before June 30, 2017, including gold, bonds and property, on a payment of 5pc tax.

In future, no fresh property purchases will be possible for non-filers of tax returns of property over Rs4m. All transactions, including foreign visits, utility bills etc, will be visible through CNIC to the government that will have to issue notice to justify them. Those availing amnesty have been protected from any investigation by any agency.

After promulgation of the Protection of Economic Reforms Ordinance 2018, no cash shall be deposited in an account of a citizen residing in Pakistan unless the account holder is a filer as defined in Income Tax Ordinance, 2001.