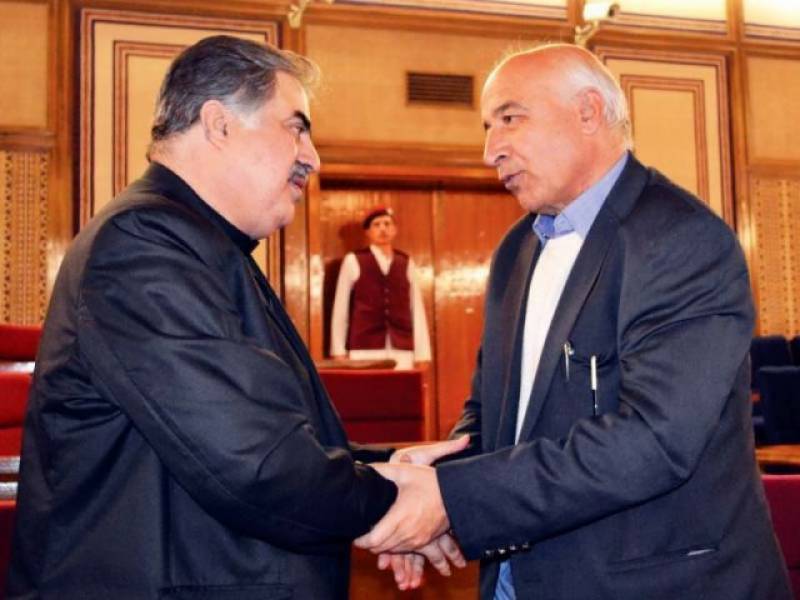 Quetta (Staff Report): Chief Justice of Pakistan Mian Saqib Nisar on Monday ordered the last two former chief ministers of Balochistan, Dr Abdul Malik Baloch and Nawab Sanaullah Zehri, to appear before the apex court on Tuesday to explain their role in development of province during their respective tenures.

A three-member bench of the Supreme Court, headed by the CJP, was hearing cases at the court's Quetta registry regarding the plight of public hospitals and medical colleges, and a doctors' strike in the province.

"Three chief ministers came to power during one tenure but what did they do for the welfare of people?" the CJP asked and added, "Call the chief ministers who ruled here [Balochistan] in the last four years to explain."

Later, the CJP visited Civil Hospital Quetta where he interacted with patients and visited a strike camp of paramedics and young doctors.

Justice Nisar ordered authorities to listen to the demands of the protesting doctors and present a report to him. Following the CJP's visit, the medics called off their strike.

Balochistan Chief Minister Abdul Qudoos Bizenjo and other officials  accompanied the chief justice during his visit.