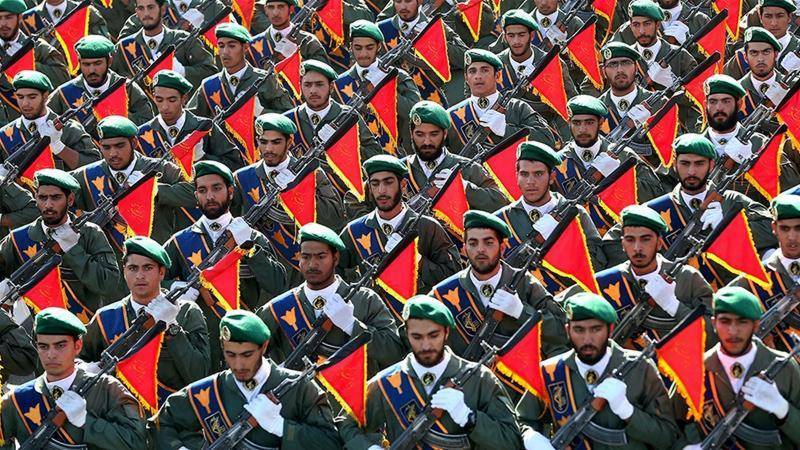 Washington (Agencies): The United States on Monday designated Iran’s Revolutionary Guard as a terrorist organisation in a move to increase pressure on the country that could also have significant military, diplomatic and economic implications throughout the Middle East and beyond.

It is the first time that the US has designated a part of another government as a terrorist organisation. The designation could spark Iranian retaliation as well as potentially open hundreds of foreign companies and business executives to US travel bans and possible prosecution.

“This unprecedented step, led by the Department of State, recognises the reality that Iran is not only a state sponsor of terrorism, but that the IRGC actively participates in, finances and promotes terrorism as a tool of statecraft,” President Donald Trump said.

Secretary of State Mike Pompeo said the move is part of an effort to put “maximum pressure” on Iran to end its support for terrorist plots and militant activity that destabilises the Middle East.

The designation blocks any assets that IRGC entities may have in US jurisdictions and bars Americans from any transactions with it. When it takes effect next week, it will allow the US to deny entry to people found to have provided the Guard with “material support” or prosecute them for sanctions violations. Those could include European and Asian companies and businesspeople who deal with the Guard’s many affiliates.

Pompeo said the action should serve as a warning to corporate lawyers to ensure any business their companies do in Iran is not with any entity affiliated with the Guard.

The IRGC is a paramilitary organisation formed in the wake of Iran’s 1979 Islamic Revolution to defend the government. The force answers only to Iran’s supreme leader, operates independently of the regular military and has vast economic interests across the country. The US estimates it may control or have a significant influence over up to 50 percent of the Iranian economy, including nonmilitary sectors like banking and shipping.

The State Department currently designates more than 60 organizations, including as al-Qaida and the Islamic State, Hezbollah and numerous militant Palestinian factions, as “foreign terrorist organizations.” But none of them is a state-run military.

Iran threatened to retaliate for the decision, and shortly after it was announced Foreign Minister Mohammad Javad Zarif called on President Hassan Rouhani to include Mideast-based US forces on Iran’s own terrorist list, the official IRNA news agency reported. Zarif also sent a protest note over the US designation to the Swiss Embassy in Tehran, which looks after the US interests in Iran.

In addition to potential retaliation, the designation may also complicate US diplomacy in the Middle East. No waivers or exceptions to the sanctions were announced, meaning US troops and diplomats could be barred from contact with Iraqi or Lebanese authorities who interact with Guard officials or surrogates.

The Pentagon and US intelligence agencies had raised concerns about the impact of the designation if the move did not allow contact with foreign officials who may have met with or communicated with Guard personnel. Those concerns have in part dissuaded previous administrations from taking the step, which has been considered for more than a decade.

The US special envoy for Iran, Brian Hook, and the State Department’s counterterrorism coordinator, Nathan Sales, said the decision was reached after consultation with agencies throughout the government but would not say in a news conference if the military or intelligence concerns had been addressed.

“Doing this will not impede our diplomacy,” Hook said.