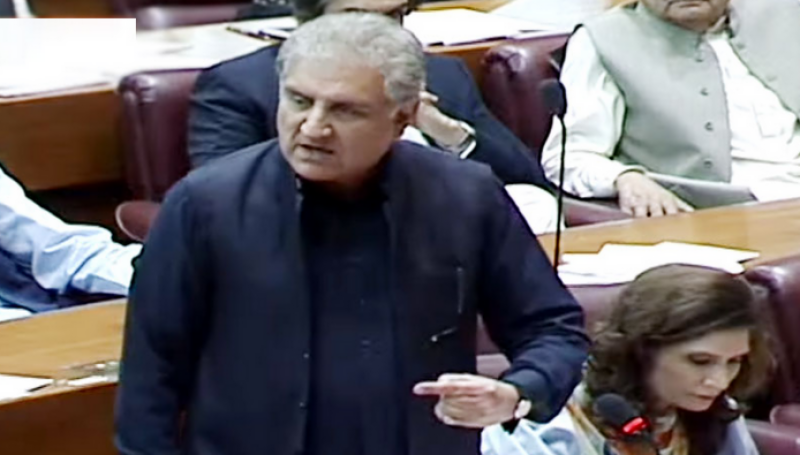 Islamabad (Web Desk): Foreign Minister (FM) Shah Mahmood Qureshi says the government will face the no-confidence motion moved by the Opposition parties against the Prime Minister in a constitutional, political and democratic manner.

Speaking in the National Assembly on Saturday, on the points raised by Opposition Leader Shehbaz Sharif, FM Qureshi said it is the constitutional right of Opposition parties to move no-confidence motion.

He said that Prime Minister Imran Khan, in his address to the nation yesterday, expressed dissatisfaction over the Supreme Court (SC) judgment but also stated that he accepted the judgment.

"Given the current political situation, the Prime Minister had dissolved the assembly as he wanted the people to decide the political future of the country, " Qureshi said.

The foreign minister said that the National Security Committee (NSC) had acknowledged the threat letter as a serious and sensitive matter and termed it interference in the internal matters of Pakistan.

He said demarches were also issued in the light of the statement of the NSC.

Earlier, Opposition Leader Shehbaz Sharif alluded to the judgment of Supreme Court in a suo moto case, stressing that the proceedings of the House be taken forward as per the judgment.