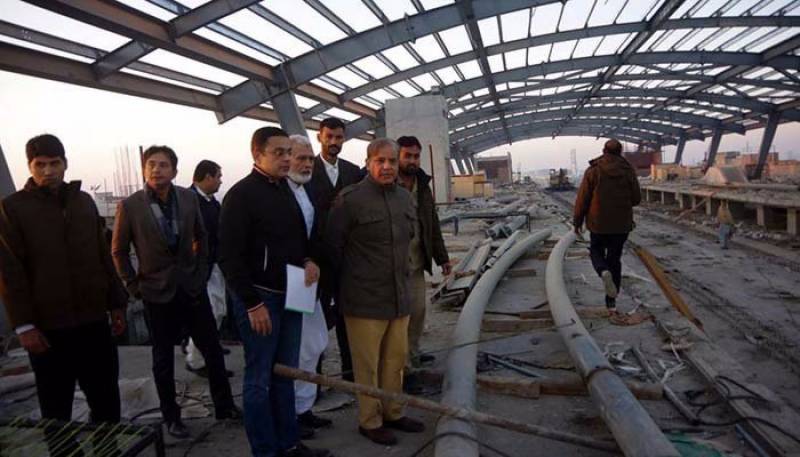 Shehbaz said that the project will provide people with improved transportation services and the delay will be compensated for by hard work and commitment.

Flanked by his official staff, the CM met engineers and other members deployed at various sites of the project and directed them to complete the project as early as possible besides congratulating them over court’s decision.

A five-member bench of the Supreme Court on Friday scrapped a decision announced by the Lahore High Court regarding OLMT project.

The apex court ordered the authorities to take measures for the protection of ancient heritage buildings in 30 days. These sites include Shalimar Gardens, Gulabi Bagh Gateway, Chauburji, Zebunnisa’s Tomb, Lakshmi Building, the General Post Office and others.

It is pertinent to mention that about 78 percent work on the 27.1-kilometre long project has been completed.

The $1.6 billion project stumbled into legal troubles after the Lahore High Court stayed its construction within 200 feet of 11 historical monuments in the city. A petition filed by civil rights activists argued that the United Nations Education, Scientific and Cultural Organization (UNESCO) had expressed serious concern about the rail tracks damaging the colonial and Mughal era monuments, which include the Shalimar Gardens, Gulabi Bagh Gateway, Chauburji, Zebunnisa’s Tomb, Lakshmi Building and the General Post Office. These heritage sites are also protected under the Punjab Special Premises (Preservation) Ordinance, 1985 and Antiquity Act, 1975.