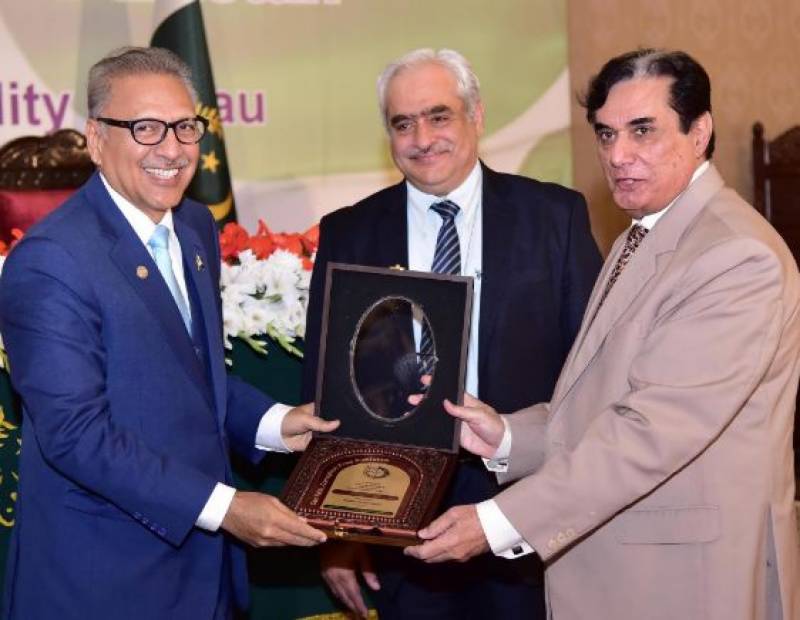 Islamabad (Staff Report/Agencies): President Dr Arif Alvi on Sunday said that corruption is the major impediment in the way of development of the country.

Addressing a seminar 'Our Faith, Corruption Free Pakistan', the president said our people illegally stashed billions of dollars abroad and the government is compelled to take loans from others to support the economy.

He expressed the resolve to further strengthen National Accountability Bureau (NAB) for taking the corruption cases to logical conclusion. He maintained that corruption is an assault on the entire human kind and it impacts the lives of all people. The president said the society as a whole will also have to contribute in the campaign against this curse.

Addressing the seminar, NAB Chairman Justice (retd) Javed Iqbal said his institution is doing across the board accountability without any discrimination.

He said the NAB recovered 3.64 billion rupees over the last one year from corrupt elements. He said those involved in the malicious propaganda against NAB can no longer hoodwink the people.

The chairman credited the present government for giving complete autonomy to the NAB.