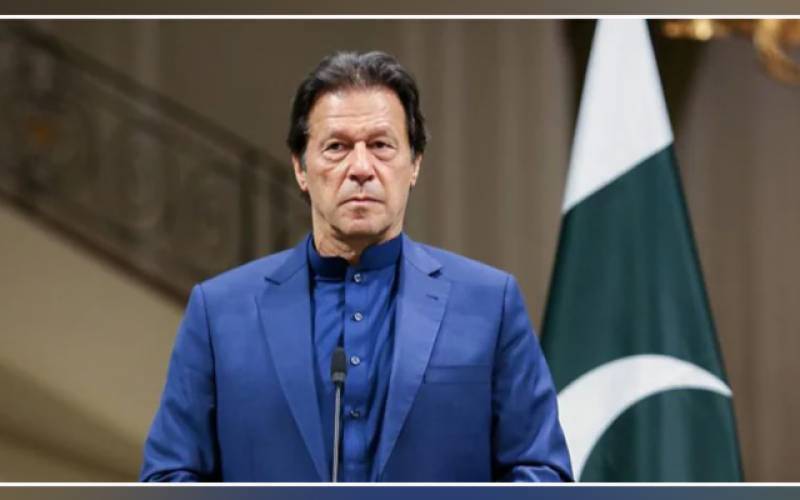 Islamabad (Web Desk): Prime Minister Imran Khan on Thursday stressed the need for evolving a collective regional approach to deal with the shared challenges including global warming, peace and trade.

Addressing the inaugural session of Islamabad Conclave on “Peace and Prosperity in South Asia”, the premier said the major issues of the region, including Afghanistan and Kashmir, can only be resolved through dialogue.

PM Imran urged the world leaders to play their role in averting the impending humanitarian crisis in Afghanistan by releasing their frozen assets.

“These assets are linked with saving the lives of 40 million Afghan people, who have been suffering since so long”, Imran Khan noted.

The mrime minister said that through the platform of Organisation of Islamic Cooperation (OIC), in its forthcoming Foreign Minister's meeting, we will try to play our role for saving Afghan people against any humanitarian crisis.

PM Imran said that Pakistan tried its best to develop peace with India since he assumed the office in 2018 but unfortunately Modi-led Indian regime took every initiative as our weakness.

He regretted that the Hindutva led BJP regime could become a threat for its own country as the specific ideology has excluded its major population and exclusion can only create radicalism.

The prime minister said under our geo-economics approach, Pakistan wants to enhance the connectivity for increasing trade with regional countries.

He said in this regard we are trying to take maximum benefit from China Pakistan Economic Corridor (CPEC).

PM Imran also stressed the world nations to not polarize them on the pattern of Cold War. He said we also want to play role in reducing distances between China and US.

Speaking about the issue of climate change, the premier said that it is another challenge that requires a collective approach to be resolved on priority basis.

“To deal with it, we started Ten-Billion Tree Tsunami programme that is being appreciated at every world forum,” PM Imran said.

He regretted that it was unfortunate that the global leaders were not focused over it as their personal interests clash with the desired steps.

Earlier, speaking on the occasion, Foreign Minister (FM) Shah Mahmood Qureshi said we need to put human security at the center of national security strategies as a departure from security-centric polices to move the region towards development and prosperity.

He said Pakistan has shifted its focus to geo-economics. The foreign minister said that connectivity is the new buzz word and it can provide us enormous opportunities for national and regional development.

“Regional cooperation is a must for South Asia to prosper, FM Qureshi said, adding that SAARC needs to be revitalized by freeing it from narrow political agendas.

“Pakistan has decided not to be a part of any global or regional conflict, and has chosen to be a partner only in peace and development,” Qureshi said, adding that our primary interest is in seeking a peaceful and stable international order that takes everyone on board.

The foreign minister said Jammu and Kashmir is one of the oldest disputes on the United Nations (UN) agenda that still awaits resolution according to the wishes of the brave people of Kashmir.

He said the dispute can conflagrate into a nuclear flashpoint to the detriment of regional and global security.