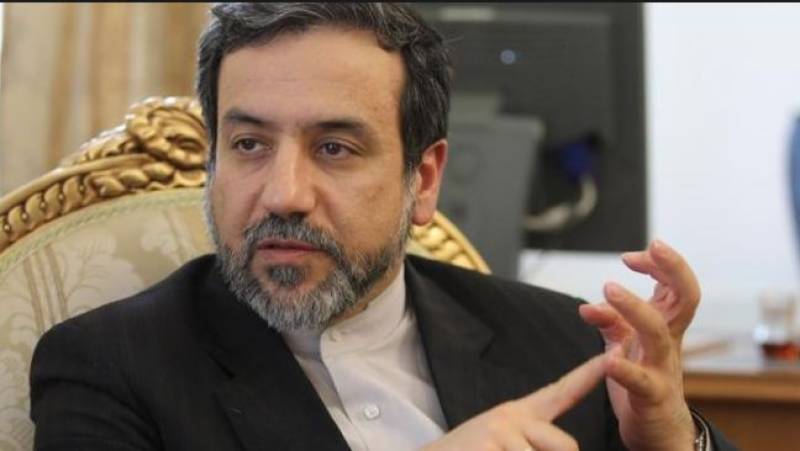 Tehran (Reuters): The West must ensure the Iran 2015 nuclear deal succeeds before trying to negotiate other issues, a senior Iranian official said in a rare public suggestion Tehran could discuss matters such as its regional activities or missile program with world powers.

“Now they ask Iran to enter discussions on other issues. Our answer is clear: Make the (deal) a successful experience and then we discuss other issues,” Deputy Foreign Minister Abbas Araqchi told a conference in Paris on Thursday, referring to the United States and its European allies.

It was not immediately clear whether Araqchi’s suggestion was in complete alignment with powerful hardliners in the Islamic Republic’s factionalized governing institutions who are intensely suspicious of any talks with the West.

Araqchi added that the Iran policy of US President Donald Trump’s administration was “destructive” and violated the terms of the nuclear deal with six world powers.

With Trump warning of a last chance for “the worst deal ever negotiated”, Britain, France and Germany are working on a plan to satisfy him by addressing Iran’s ballistic missile tests and its regional influence while preserving the 2015 accord.

Speaking to Reuters on the sidelines of a Euromoney conference in Paris, Araqchi said there was no link between its influence in the Middle East region and the accord, under which Iran restricted its production of enriched uranium - a potential source of nuclear bombs as well as civilian energy - in exchange for a removal of international sanctions.

Iran has repeatedly refused to discuss its missile program as demanded by the United States and the Europeans, saying it is purely defensive in nature.

The Islamic Republic says its nuclear program is only for peaceful purposes and that it will stick to the accord as long as the other signatories respect it, but will “shred” the deal if Washington pulls out.

Araqchi dismissed Western assertions that Iran’s regional activities are destabilizing. He accused the United States, Israel and Saudi Arabia of fomenting tensions in the Middle East.

“We have always fought against terrorism. Iran has always played a key role in bringing stability and peace to the region ... There is no link between the (nuclear) deal and our role in the region,” Araqchi, who was also a senior negotiator in the Iran nuclear talks, told Reuters.

Trump’s ultimatum has effectively put the deal on life support until mid-May.

Speaking at the same conference, Britain’s Minister for the Middle East, Alistair Burt, said European powers were determined to save the agreement and assuage the United States, but he warned that Iran also needed to mitigate Western concerns over its regional activities.

Negotiations between Europeans and the US officials to meet Trump’s conditions are ongoing.