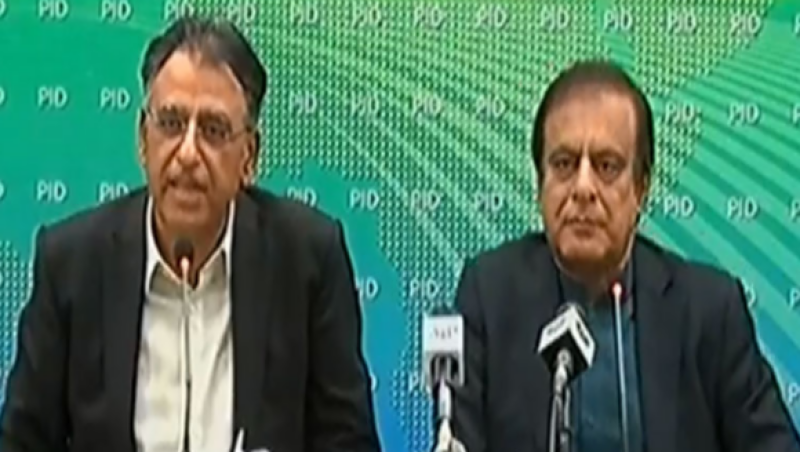 Addressing a press conference alongside Federal Minister for Information and Broadcasting Shibli Faraz, Umar said every possible measure, within the Constitution, will be taken to ensure transparency in the polling process. He said the decisions were taken at the federal cabinet meeting, which held under Prime Minister Imran Khan’s chair.

Speaking on the occasion, Faraz said the cabinet has approved extension of Afghan-Pakistan Transit Trade Agreement for three months with effect from Thursday.

He said the cabinet also expressed displeasure on the unscheduled load shedding, and asked the authorities concerned to end this on urgent basis.

The minister said the cabinet was also apprised that government's Roshan Digital Account initiative is yielding positive results and so far around 500 million dollars have been received under this project.

Talking about steps taken to control inflation in the country, the Information Minister said market committees have been abolished and district administration has been asked to control prices of the essential items to provide maximum relief to the common people.

He said the meeting was apprised that effective measures have been taken to curb smuggling of petrol, which resulted in ending a loss of 120 billion rupees in revenue.