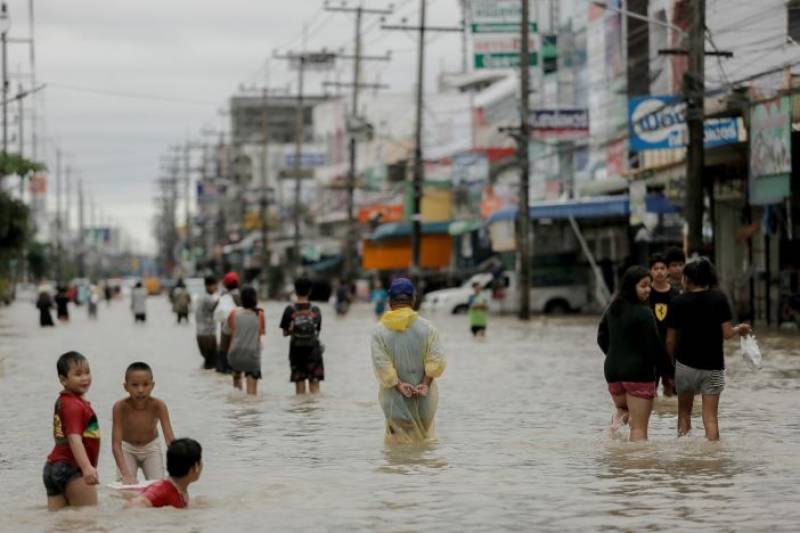 Bangkok (Reuters): Widespread flooding in Thailand's south has killed 21 people, hit rubber production in the region and shut down infrastructure, officials said on Monday, as the military government increased aid to flood-affected areas.

"We have sent soldiers, police and the Ministry of the Interior to ease the situation," Deputy Prime Minister Prawit Wongsuwan told reporters.

The death toll from the floods stood at 21 on Monday with more than 330,000 households affected, according to the Department Disaster Prevention and Mitigation.

Southern Thailand is a major rubber-producing area and the floods have come at a particularly bad time for farmers, said Uthai Sonlucksub, president of the Natural Rubber Council of Thailand.

"This the worst impact we have had in the area in 10 years. The floods are very heavy. The problem is this year we've seen both drought and flooding so it has been disastrous for rubber farmers," Uthai said.

Uthai said that rubber prices would increase this year because demand is set to exceed supply.

"I've had orders from China but we aren't even sure if we can meet these orders because of the havoc the floods have caused," he said.

"If they buy, it'll be at higher-than-expected prices."