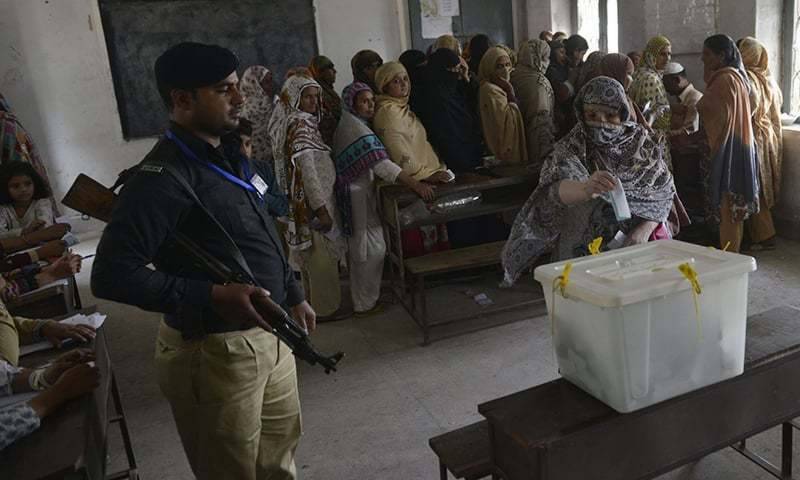 Chakwal Staff Report): Polling for the by-elections in PP-20 constituency of Chakwal is underway.

According to details, the polling started at 8:00am and is set to continue till 5:00pm without break. The constituency’s at least 279,530 voters will exercise their right to cast vote. Total 227 polling stations have been set up.

However, police and rangers are directed to maintain strict security arrangements as 45 polling stations are declared sensitive.

Pakistan Tehreek-e-Insaf (PTI) and PML-N are said to be in close contest for the constituency. The PML-N has fielded Ch Haider Sultan, son of the deceased MPA, while the PTI has awarded its ticket to Raja Tariq Afzal Kallas.

Nasir Minhas, candidate of Tehreek-e-Labbaik Ya Rasulallah, is also in the run. Two other candidates, M Tufail, independent, and ANP candidate Imran Qaisar are also among the contestants.