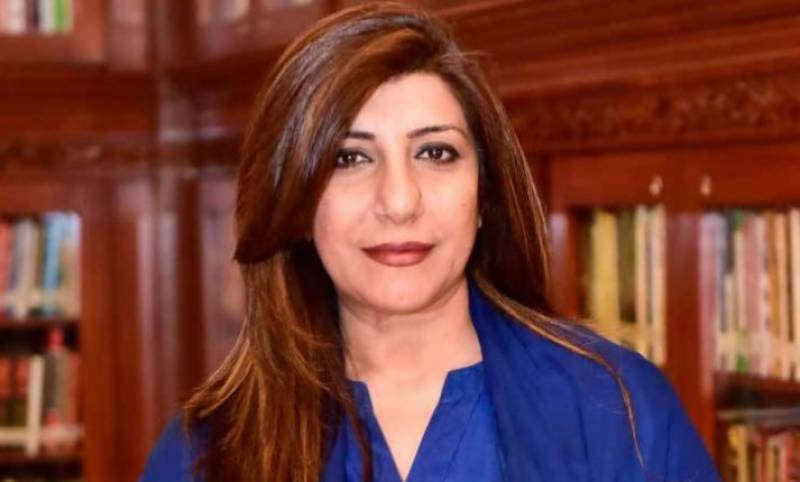 Islamabad (Web Desk): The Foreign Office (FO) on Thursday said that Pakistan will continue to play its role in establishment of peace and stability in the region.

In her weekly press briefing, FO Spokesperson Aisha Farooqi said that Pakistan has expressed its readiness to contribute towards peace in the region, saying it would welcome any move by the United States (US) and Iran to deescalate the current tense situation.

She said that Pakistan will welcome any attempt by the concerned parties to diffuse tension and restore peace in the region.

The FO spokesperson said that US President Donald Trump’s address to his nation carried a hint of peace following a retaliatory attack by Iran on its military bases in Iraq after assassination of its top military commander General Qassem Suleimani in an air strike by the US forces on January 3.

“We believe there is an indication by President Donald Trump that peace must be given a chance,” she said, adding that Pakistan was evaluating the contours of his speech.

Aisha Farooqi said that there was always a room for engagement within the region and beyond, saying the upcoming visits of Foreign Minister Shah Mehmood Qureshi to Saudi Arabia, Iran and United States on direction of Prime Minister Imran Khan was aimed at delivering a message of peace.

The spokesperson said since the developments of January 3, Pakistan reached out and contributed towards a collective objective of peace.

“Pakistan has consistently emphasized the importance of restraint and diffusion of tensions. Pakistan will not be part of any conflict in the region and will always be partner to peace,” she added.

On reports of India arranging a visit of envoys to Jammu and Kashmir, she said Pakistan expected the exercise to be “open and transparent” allowing free interaction of diplomats with local Kashmiris and also the Hurriyat leaders.

She mentioned that India had unleashed a new reign of terror in Indian Occupied Jammu and Kashmir making the valley a ‘largest open air prison on earth’.

Commenting on the prospects of Afghan peace in the wake of Middle East crisis, the FO spokesperson said that Foreign Minister Qureshi during all his interactions with counterparts emphasized that the situation must not affect peace process in Afghanistan.

In a tweet on Thursday, she said peace in the Middle East will pave the way of peace and stability in the region and world as well.

Awan added that Pakistan will continue to play its positive role in the best interest of Islamic world and for the world's peace.