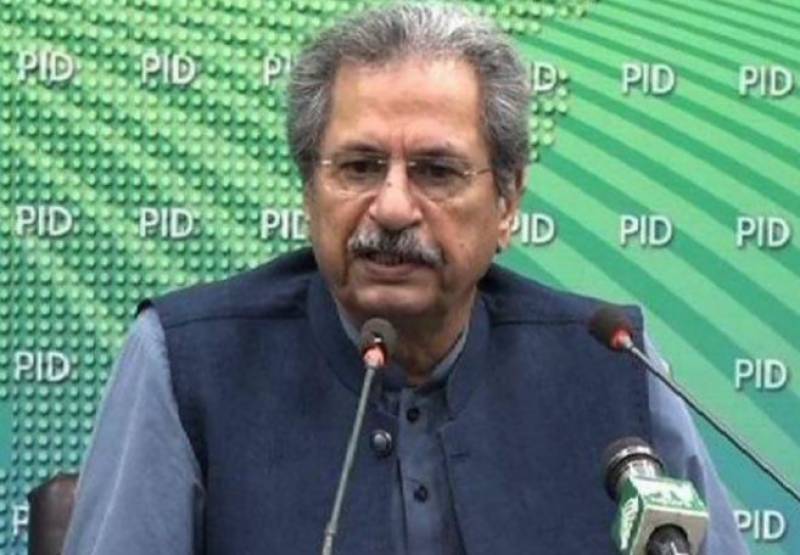 Islamabad (Web Desk): Federal Minister for Education Shafqat Mahmood on Thursday announced that the government has decided to reopen educational institutions from September 15 if the health situation of the country improves.

Addressing in a press conference in Islamabad on Thursday, the minister said that the federal government will formulate standard operating procedures (SOPs) and share them with the provincial governments.

He said that the provincial governments have the authority to close institutions that fail to follow SOPs.

The education minister said that government will review the situation and implementation of SOPs in the first week of September, adding that the institutions can open their administrative offices and call teachers before officially reopening schools.

Shafqat Mahmood said that the universities can permit their PhD students to do research at the laboratories with limited number.

He added that the universities can also allow their students to reside at the hostels with maximum 30 percent occupancy from August.

The minister said that the institutions can conduct examinations spanning maximum four days, following strict SOPs from the second week of July.

The education minister said the government will monitor implementation of the SOPs.