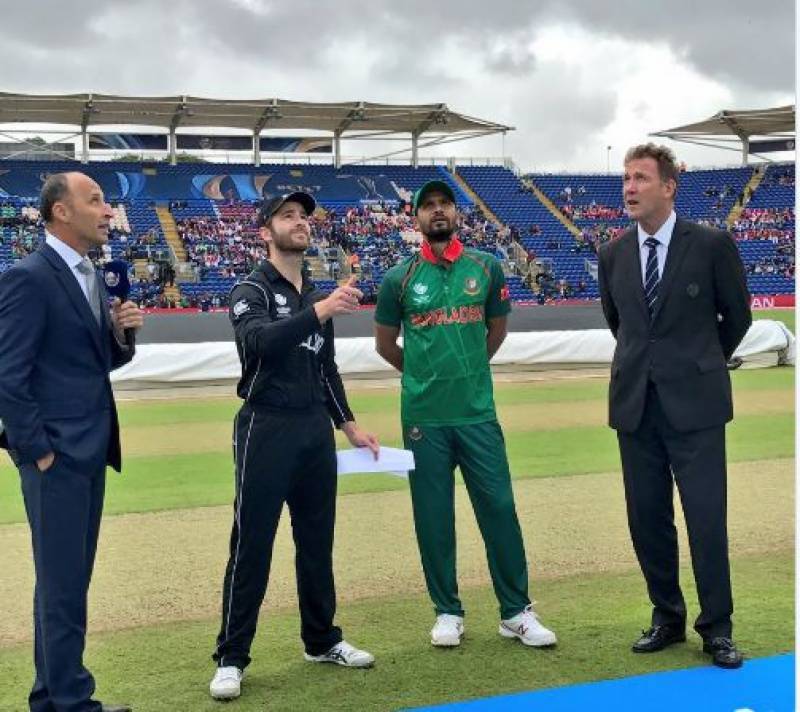 Cardiff, Wales (Staff Report): New Zealand won the toss and opted to bat first against Bangladesh to stay in contention for Semi-final spot of the ICC Champions Trophy at Cardiff Wales Stadium, Cardiff.

Earlier, New Zealand’s first game against Australia was washed out due to rain. They lost their next game to England by 87 runs while Bangladesh lost Champions Trophy 2017 campaign by the hosts by eight wickets.

Bangladesh’s second match against Australia was washed out due to rain.

Bangladesh and Blackcaps have a point each on the table.