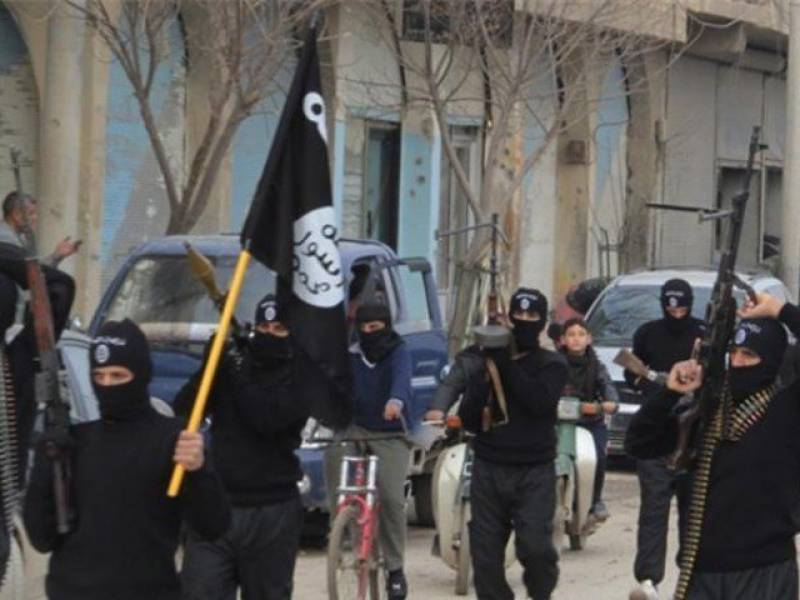 Some assailants including suicide bombers and gunmen attacked the Iranian parliament and Ayatollah Khomeini’s mausoleum in Tehran on Wednesday, killing and injuring scores of people.

IS claimed responsibility and threatened more attacks against Iran’s majority Shia population, seen by the hardline Sunni militants as heretics.

In a video that appeared to have been recorded before the attack on Tehran, five masked IS terrorists were shown threatening Shia in Iran as well as the Saudi Arabian government saying their turn “will come”.

“Allah permitting, this brigade will be the first of jihad in Iran, and we ask our brothers the Muslims to follow us, as the fire that was ignited will not be put out, Allah permitting,” one of the masked terrorist said, according to SITE.

At the end of the video, he sent a message to the Saudi government.

“Know that after Iran, your turn will come. By Allah, we will strike you in your own homes… We are the agents of nobody. We obey Allah and His Messenger, and we are fighting for the sake of this religion, not for the sake of Iran or the Arabian Peninsula.”

IS, which controls territory in Syria and Iraq, had carried on attacks on Saudi security forces as well as deadly bombings and shootings that target the kingdom’s Shia in the past.

Iranian authorities said five of the attackers were Iranian nationals recruited by IS, while Iran’s powerful Revolutionary Guards Corps blamed the assault on regional rival Saudi Arabia and has threatened revenge. Sunni Saudi Arabia denied any involvement in the attacks.

Tensions have been high in the Middle East since Saudi Arabia, Egypt, the United Arab Emirates and Bahrain severed diplomatic and transport ties with Qatar, accusing it of supporting terrorism. Doha denies the accusation.

On Friday, the U.S. embassy in Saudi Arabia issued a security notice to U.S. citizens recommending that they “exercise caution in places frequented by foreigners due to the continuing risk of terrorist attacks… across the Kingdom.”