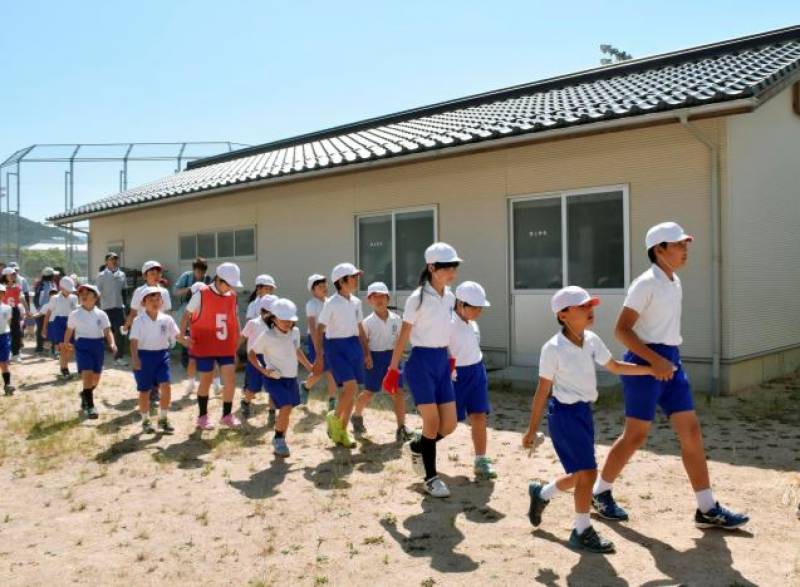 ABU, Japan (Reuters): Over 100 school children and their parents are arranging evacuation drills as North Korea presses on with missile tests on the field of the local elementary school in this small fishing and farming town, when an alarm warns of an impending missile attack and they run for the school gymnasium.

Sunday's evacuation drill in this town of 3,500 people some 760 km (475 miles) west of Tokyo involved a simulated North Korean missile attack as more Japanese towns and cities take steps to brace for what they hope will never happen.

North Korea has been increasing the number of its missile test launches in recent months, launching 12 so far this year and three last month, with many splashing into the Sea of Japan, some inside Japan's exclusive economic zone, which extends up to 200 miles from its shores.

Tokyo has repeatedly condemned the test launches, which are in violation of U.N. resolutions. Prime Minister Shinzo Abe's government earlier this year instructed municipalities to hold evacuation drills, heightening a sense of urgency among the public.

Security experts say the drills won't necessarily protect everyone from ballistic missiles, but going through the evacuation procedure in a simulated situation will help people survive in an actual attack.

"It's hard to say how many people will be saved and how much effect it will have. But, with awareness raised and basic procedure understood, the survival rate will definitely be higher," retired Vice Admiral Yoji Koda said.

To help the public prepare, the government has put on its website a list of tips in case a missile lands in Japanese territory, such as "take shelter in a robust building nearby" and "move away from windows or, if possible, move to a room without windows."

At Abu, school officials told the children they were able to evacuate into the gymnasium in around three minutes.

"It was a good way to understand how to evacuate," said parent Ono. "But again it didn't feel very realistic."