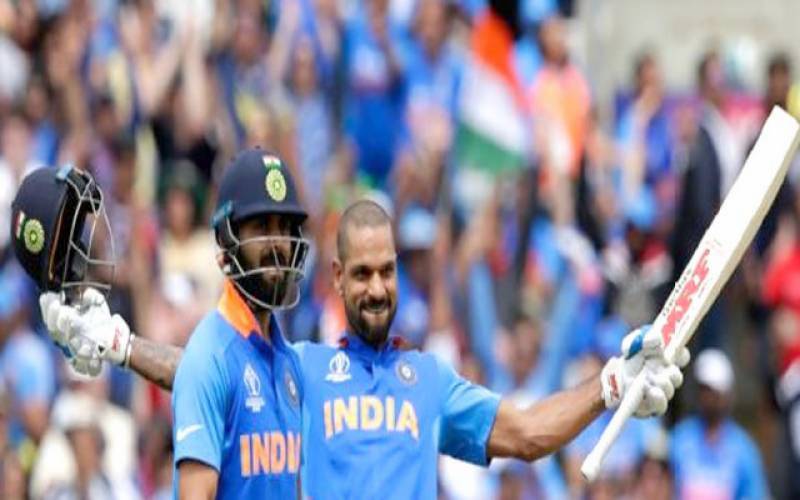 London (Agencies): India won the toss and chose to bat first against Australia on a used pitch at the Oval in a Cricket World Cup group match on Sunday.

India posted a total of 352 runs on the board for a loss of five wickets; Shikar Dhawan scored 117 runs off 109 balls while Rohit Sharma contributed 57.

On the other hand, Marcus Stionois managed to bag 2 wickets while Pat Cummins, Mitchell Starc, and Nile took one wicket each.

India beat South Africa by six wickets in their opening match of the World Cup, while five-time winners Australia won their opening game against Afghanistan by seven wickets and defeated West Indies by 15 runs in their second game of the tournament.