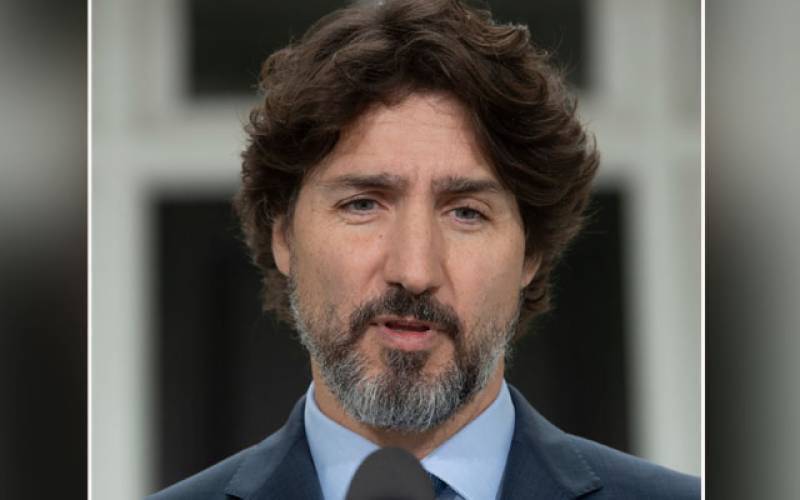 London, Ontario (Web Desk): Canadian Prime Minister Justin Trudeau has said that hate-motivated attack that killed four members of a Muslim family in the city of London, Ontario was a ‘terrorist attack’.

“This killing was no accident. This was a terrorist attack, motivated by hatred, in the heart of one of our communities,” the Canadian PM said during a speech at the House of Commons.

Justin Trudeau said ‘the attack was not a one-off, citing numerous eruptions of anti-Muslim violence in recent years that have claimed lives, revealing a troubling streak of Islamophobia in Canada.

They were all targeted because of their Muslim faith. This is happening here, in Canada, and it has to stop’, he said.

“such attacks are fuelled by toxic rhetoric and discrimination and online extremism that has been allowed to fester, vowing to redouble the government's efforts to dismantle far-right groups that encourage such activities that continue to threaten public safety,” the Canadian prime minister said.

Trudeau said he had spoken with London Mayor Ed Holder about how to keep Muslim communities safe across the country.

This includes, “more action to dismantle far-right hate groups, like what we did with the Proud Boys by adding them to Canada’s terror list”, he said.

On Sunday, a man ran a pickup truck over the family of five at a London intersection, killing four of them and wounding a boy.

The deceased include a 46-year-old man, his 44-year-old wife, a 15-year-old girl, and her 74-year-old grandmother. Their nine-year-old son is under treatment at a hospital for serious injuries.

The 20-year-old suspect, arrested shortly after the attack, has been charged with four counts of first-degree murder and one count of attempted murder, while several leaders of the Muslim community have called on the courts to classify the episode as an act of terrorism.