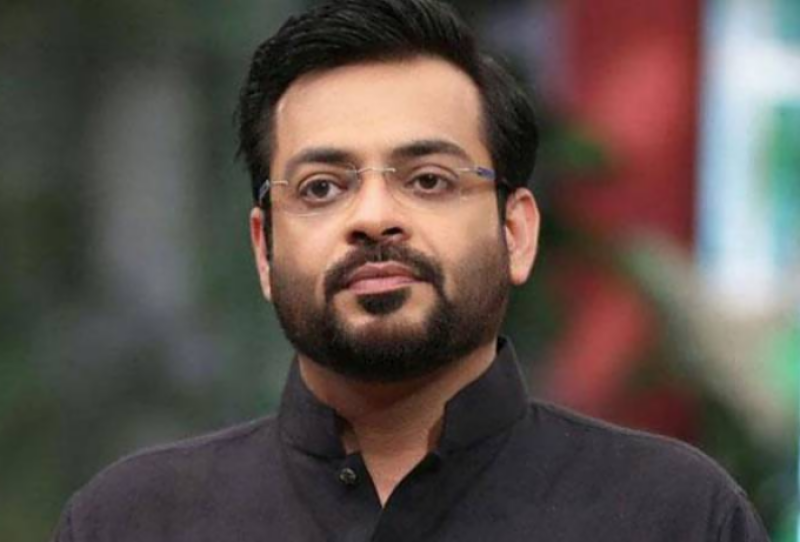 According to details, the Karachi-based politician was found unconscious at his house and was rushed to a hospital where he was later declared dead.

As per the reports, Aamir Liaquat felt discomfort last night but refused to move to the hospital for treatment.

However, Amir's servant broke the door of his locked room in the morning when he did not receive any reply from the deceased. The servant immediately contacted the rescue and police.

Police said that initial reports show no foul play; however, the post-mortem examination of the politician will be conducted at the Jinnah Postgraduate Medical Centre.

Amir Liaquat Hussain had joined the PTI in March 2018 and was elected as MNA from Karachi in the general elections held later that year. He had later fallen out with the party.

He had earlier been a key leader of the Muttahida Qaumi Movement (MQM) and had parted ways with the party in August 2016, saying at the time that he would be leaving politics.

Liaquat has been working in the media industry for several years.

Amir was a popular host of Ramazan transmissions, game shows which run pre and post Iftaar during the holy month.

Starting his media career in 2001 after joining a private new channel, he hosted Aalim Online, which contributed greatly to his early popularity.

He continued hosting Ramazan shows throughout his career.

Aamir was also a controversial figure during the past few years. His multiple marriages, his political statements and lately his leaked videos all caused controversy.

condolences started pouring in from various segments of the society immediately after news of Amir's death.

In a condolence message on Twitter, the president prayed for the forgiveness of the deceased and his high ranks.

In a statement by PPP media cell, Bilawal said that Dr Aamir Liaquat Hussain led a dynamic life from journalism to politics and proved his mettle in various fields of life from writing and speech.