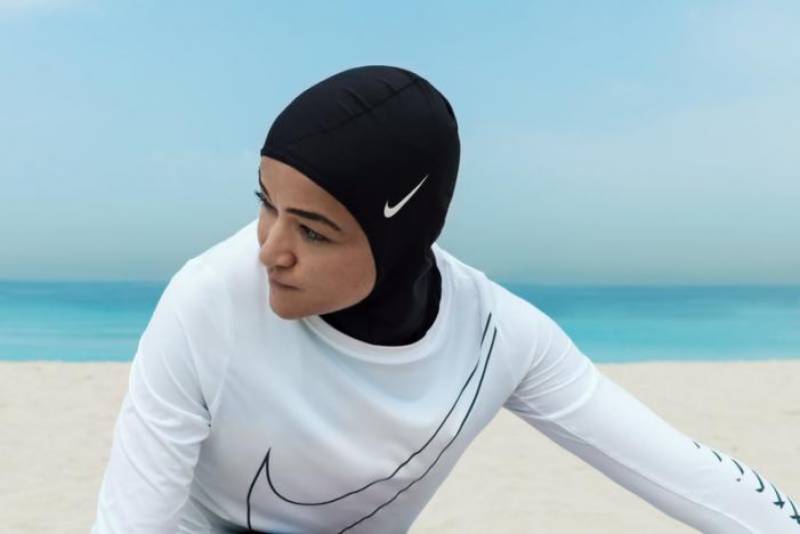 The head covering, marketed under the "Pro Hijab" brand, is designed to allow athletes to observe the traditional Islamic practice of covering the head without compromising performance.

Nike said in a statement that the hijab, made from a lightweight and flexible material, is expected to hit stores shelves in early 2018. In recent years, the hijab has become the most visible symbol of Islamic culture in the United States and Europe. Many Muslim women cover their heads in public with the hijab as a sign of modesty, but some critics see it as a sign of female oppression.

The head scarf has led to attacks against Muslim women with sensitivities over immigration and the perceived threat of Muslim extremism running high. At the same time, the hijab has evolved in a symbol of diversity that Nike has embraced.

The Women's March on Washington, held the day after President Donald Trump's inauguration, used the face of a woman wearing a hijab in an American flag pattern as its promotional image.

According to the company, Muslim athletes visiting Nike's headquarters in Beaverton, Oregon, just outside of Portland, have complained about the difficulties of wearing a hijab while competing.

The company consulted with Muslim women athletes from around the world, including Middle Eastern runners and cyclists, in the designing the hijab.

Other companies have also set their sights on hijab sales to Muslim athletes.

But Nike's annual net sales in the billions, and its reach in popular culture, can do more to bring Muslim athletes into the fold, said Amna Al Haddad, a Nike sponsored weightlifter from the United Arab Emirates who consulted on "Pro Hijab."

Haddad said, "(It will) encourage a whole new generation to pursue sports without feeling there is a limitation because of modesty or dress-code."