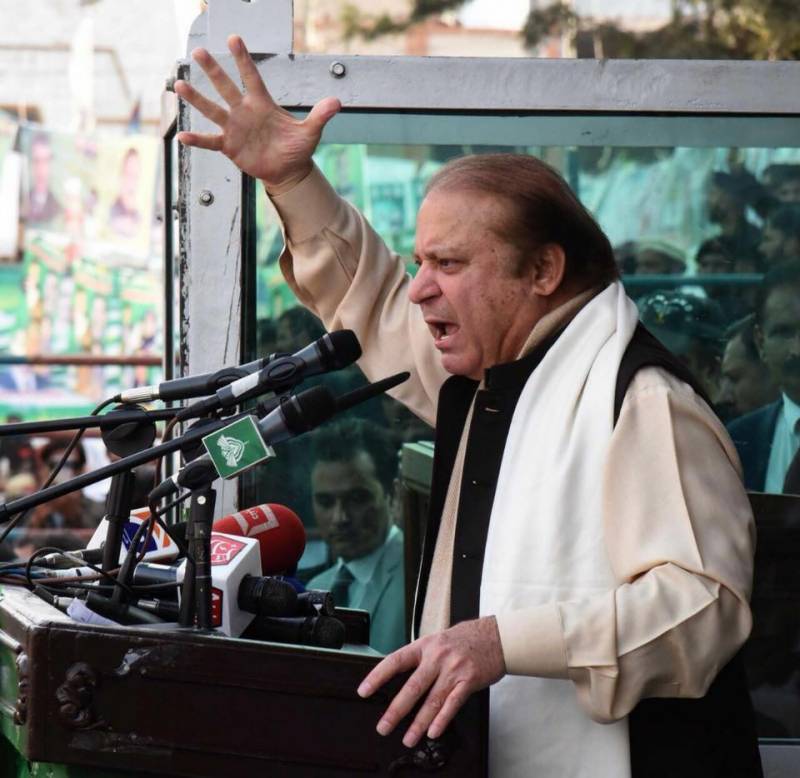 Bahawalpur (Staff Report): Former prime minister Nawaz Sharif has said that masses have held accountable the people who were impeding the path to progress.

Addressing a public rally on Friday, Sharif vowed to come out against the policies of injustice, ruling the country for 70 years. “I rebel against whatever has been happening in Pakistan for past 70 years.”

Reiterating concerns over his disqualification, the deposed prime minister said that he was ousted for not receiving salary from his son.

Highligthing performance of the PML-N, he said that his party resolved major issues being faced by Pakistan when it came into power.

He asked if any other political party has built a motorway in the country.

Earlier, Maryam Nawaz while addressing the gathering came down hard on Pakistan Tehreek-e-Insaf (PTI) chief Imran Khan for entering into a political alliance with Pakistan Peoples Party ahead of the election for Senate chairman and deputy chairman.

She said that Khan has donated all his supporters to PPP co-chairman Asif Ali Zardari, adding if true leaders ell their votes in the market for their interests.