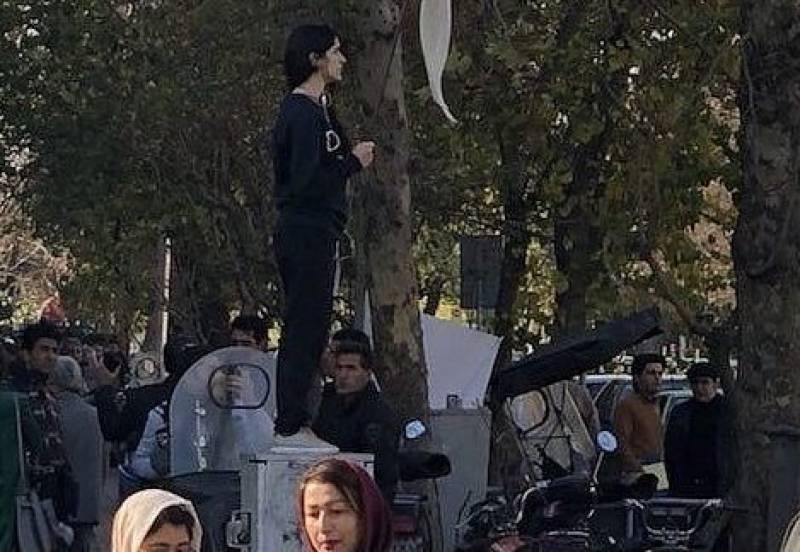 Tehran (Web Desk): An Iranian woman who publicly removed her veil on a Tehran street has been handed a two-year sentence in prison.

The woman was found guilty of “encouraging moral corruption”, Tehran prosecutor Abbas Jafari-Dolatabadi was quoted as saying by the semiofficial Tasnim news agency.

The woman, who has not been officially named, sentenced was jailed for three months without parole.

According to the Iranian judiciary’s Mizan Online news agency, the woman had indicated she would appeal the verdict.