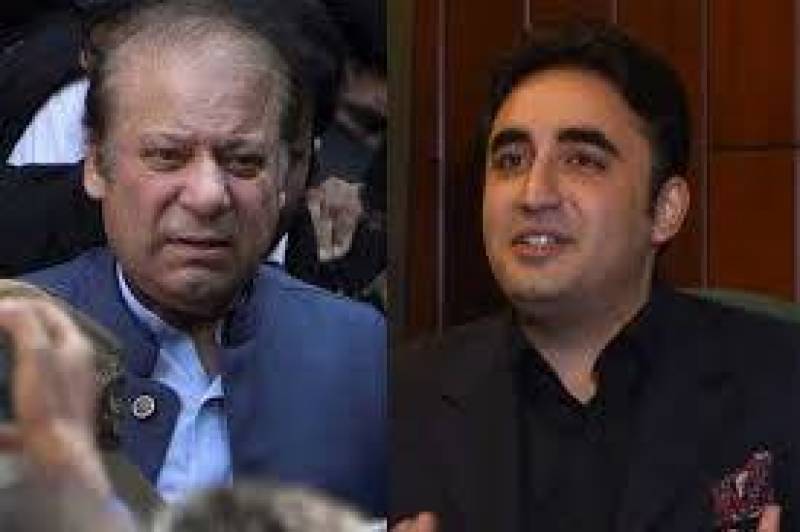 The senior party leaders confirmed that the meeting of the PPP chairman with the former prime minister has been scheduled between 2pm to 4pm on first day of the next week.

PPP Central Punjab president Qamar Zaman Kaira had submitted a request to the provincial home department on behalf of Bilawal earlier today. In the request, the PPP chairman sought permission to meet Nawaz in jail to inquire about his health.

"It would be appreciated if you could kindly manage this visit for today," the application read. 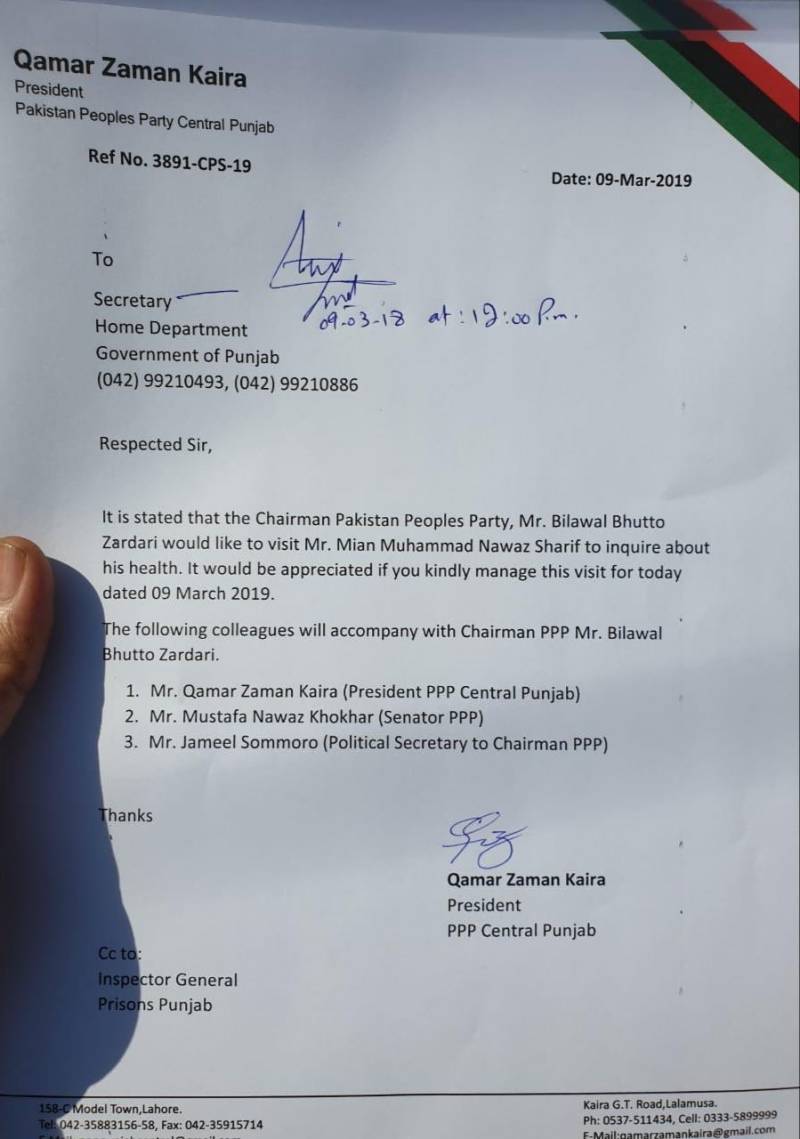 On Friday, former premier's daughter and PMLN leader Mariyum Nawaz requested the concerned authorities to set up a medical emergency unit at the Kot Lakhpat jail for the treatment of Nawaz Sharif.