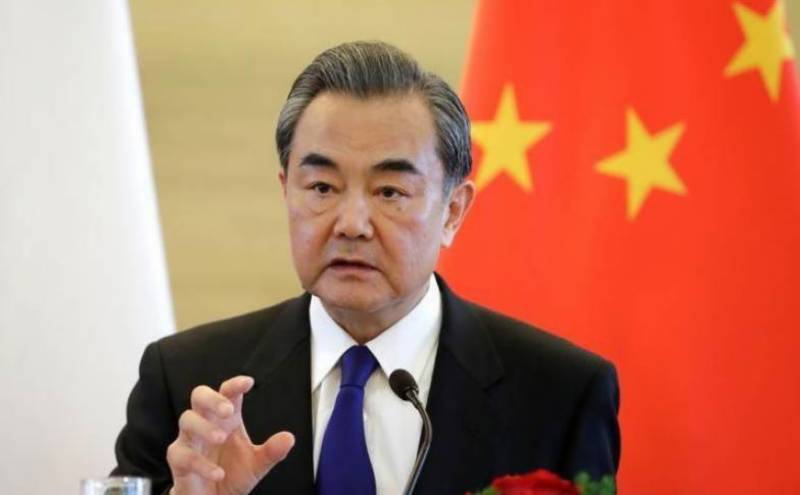 Speaking at a news conference on the sidelines of the 13th National People's Congress in Beijing on Friday, the Chinese FM urged resolution of issues between the two countries through dialogue.

Chinese Foreign Minister hoped that the two sides would turn the page and focus on a long-term improvement in relations.

“New Delhi and Islamabad should ‘meet each other halfway’ to de-escalate the crisis, portraying China’s role as a balancing act between its nuclear-armed neighbours”, the Chinese FM said.

He said China played a constructive role in defusing tensions between New Delhi and Islamabad.

Responding to a question, Wang said that China has stressed from the beginning the need to exercise calm and restraint, prevent an escalation, find out what has happened, and resolve the matter through dialogue.

Earlier, Chinese Vice Foreign Minister Kong Xuanyou, during his two-day visit to Islamabad, reiterated his country's support to Pakistan for peace and stability in the region.

He said China appreciated Pakistan for its willingness to have dialogue with India and its restraint in action in recent tensions between the two countries.

Kong Xuanyou added Beijing and Islamabad are all weather strategic partners and they always supported each other.

He said China has closely followed the situation between Pakistan and India, and appreciates Pakistan’s remaining calm and exercising restraint from being first in action, and persisting in easing tension with India through dialogue.

The Chinese Vice Foreign Minister said that China maintains that the sovereignty and territorial integrity of all countries should be respected and does not want to see acts that violate the norms of international relations.

He said China calls on Pakistan and India to launch dialogue as soon as possible, and work together to maintain regional peace and stability.

He expressed China's willingness to play a constructive role in this regard.