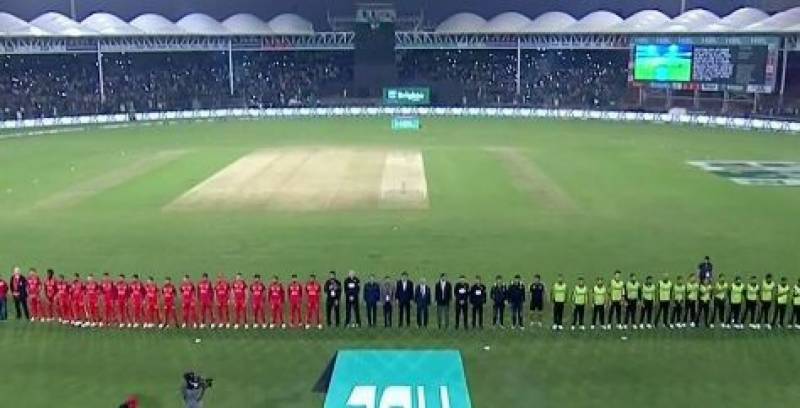 Karachi (Web Desk): Lahore Qalandars won the toss and opted to field first against Islamabad United in the first match of Pakistan Super League (PSL4) in Karachi on Saturday.

Karachi is hosting the last eight matches of fourth edition of ongoing PSL and all the teams arrived in the city on Friday night. The first 26 matches of the tournament were played in United Arab Emirates (UAE).

Islamabad United stands at third spot with 8 points while Lahore Qalandars gained 6 points. It is very important for Lahore Qalandars to win both of their remaining two matches to guarantee a spot in the playoffs.

They would be out of the tournament for a defeat in any of two matches.