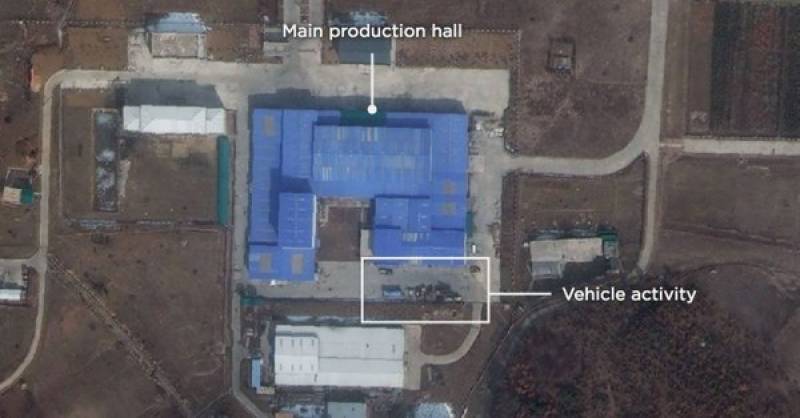 Pyongyang (Agencies): Satellite images of a facility near Pyongyang have emerged, suggesting that North Korea could be preparing to launch a missile or satellite.

According to a report by US news outlet National Public Radio (NPR), the images detail a site known as Sanumdong, where North Korea has assembled some of its intercontinental ballistic missiles and satellite-launching rockets.

The images, taken on 22 February by DigitalGlobe, show rail cars sitting in a nearby rail yard as well as two cranes and trucks.

"When you put all that together, that's really what it looks like when the North Koreans are in the process of building a rocket," Jeffrey Lewis, director of the East Asia Nonproliferation Project at the Middlebury Institute of International Studies at Monterey, told NPR.

It follows reports that North Korea's main rocket launch site at Sohae has been rebuilt. Work to dismantle Sohae began last year but stopped as US talks stalled.

On Friday the US President Donald Trump said he would be "very disappointed" if North Korea was to resume weapons testing.

The North Korean Leader Kim Jong Un and Mr Trump met for in Vietnam for talks at the end of last month but they came to an abrupt end with no deal set in stone. The US President maintains that the pair have a "good relationship".

Mr Lewis, who studied the images, told the US news outlet NPR that it was impossible to know whether North Korea was preparing a military missile or a rocket that could carry a civilian satellite into space.

He further cautioned that it was impossible to know when any launch could happen.