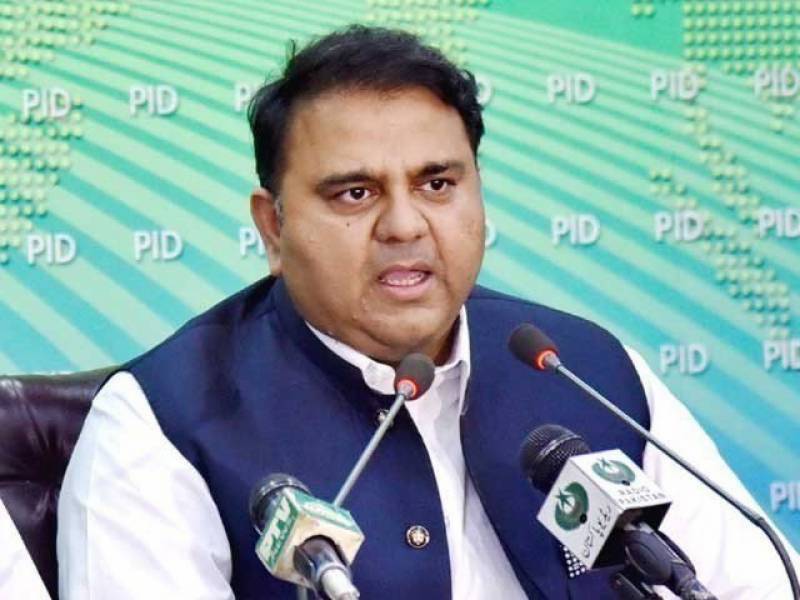 Islamabad (Agencies): Federal Minister for Information Fawad Chaudhary has said normalisation of relations with India and stability in Afghanistan are the two most important goals of the present government in Pakistan.

In an interview with a Russian TV channel, the information minister said it is unfortunate that Indian Prime Minister Prime Minister Narendra Modi created war frenzy and used the Pulwama incident for his personal political gains.

“Unless the elections are over in India, the chances of moving forward towards peace appear to be difficult”, he said.

He said we are offering India to become partner in fighting terrorism. However, he said if war is imposed on us, we know how to respond and fight wars.

He said that Prime Minister Imran Khan, before taking oath, had offered India that if you take one step, we will take two steps,

“Even after coming into power, the prime minister has not changed his policy. We opened the Kartarpur border for India, we started peace incentives in this region, but we have not received the same responses from them. PM Modi is trying to create this war frenzy environment for his own elections. We are waiting for these elections to happen and certainly, we can start again.

Fawad said Pakistan desires resolution of all disputes with India, including the core issue of Jammu and Kashmir through dialogue.

“We have three options. We have been neighbours for 70 years and have fought three wars. The first option is we can fight another war. The second option is we keep weakening each other,” Chaudhry said. “India sponsors terrorism in Balochistan and they continuously try to weaken us, and, of course, we can always try to weaken them.”

Responding to a question, the information minister said that they are not thinking in terms of conflict.

“We are thinking more in terms of peaceful resolution of things. But as far as this conflict is concerned, I think Pakistan has received huge world support,” Chaudhary said. “Russia has offered mediation, US President Donald Trump has asked for restraint and the European Union has actually said that India must not escalate things.”

Fawad said that Pakistan is not thinking in terms of conflict. “We want to achieve peace and normalisation with India and stability in Afghanistan. These two I would say are the two most important goals of our government”, the minister added.