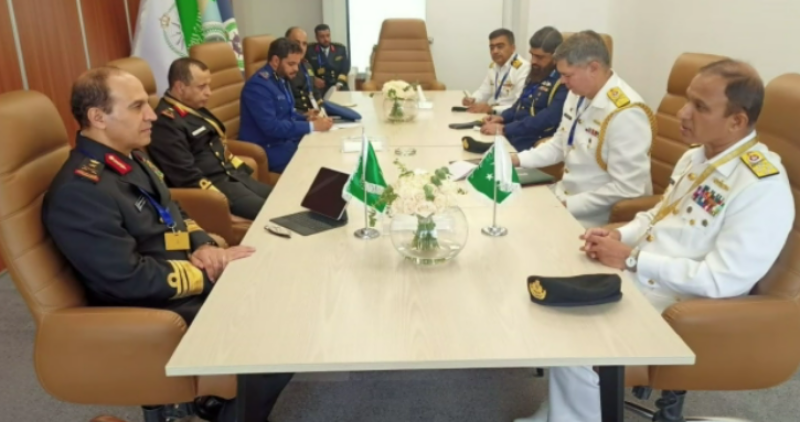 Karachi (Web Desk): Saudi Arabia has lauded the efforts being made by Pakistan Navy for maritime peace and security.

According to a statement by a spokesperson of Pakistan Navy, Naval Chief Admiral Muhammad Amjad Khan Niazi held important meetings with the Commander of Royal Saudi Naval Forces and other military officials during an official visit to Saudi Arabia.

"Bilateral maritime cooperation and matters of mutual interests were discussed during the meetings, the statement said.

He also held a meeting with the head of the American Central Naval Command.

As per the spokesperson of Pakistan Navy, visit of the Naval Chief to Saudi Arabia will further promote relations between the two countries.