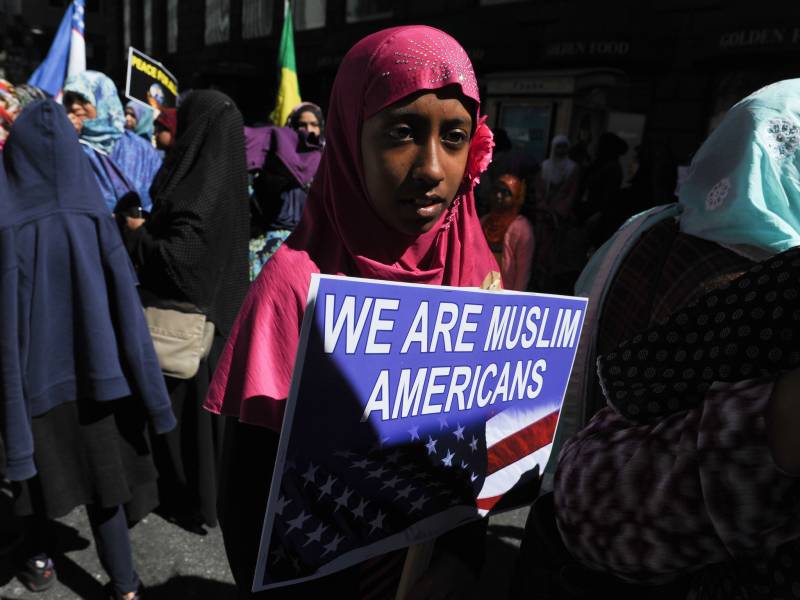 Boston, U.S., (Reuters): When the Masjid Al-Kareem mosque in Providence, Rhode Island, received a threatening letter in November calling Muslims a "vile and filthy people," its members were frightened enough they asked for and got extra police protection.

The 42-year-old mosque was far from alone. The letter it received was one of 2,213 anti-Muslim bias incidents in the United States last year, according to a report released Tuesday by the Council on American-Islamic Relations.

While the group had been seeing a rise in anti-Muslim incidents prior to Donald Trump's stunning rise in last year's presidential primaries and November election victory, it said the acceleration in bias incidents was due in part to Trump's focus on militant groups and anti-immigrant rhetoric.

Rhode Island's oldest mosque was only threatened, while others in Florida and Texas were set ablaze in cases ruled arson. But the knowledge of how common threats had become was far from comforting for Faissal Elansari, a member of the mosque's board.

"Hearing about it is not the same thing as when you receive it, it was definitely a weird feeling," Elansari said.

CAIR officials decided in September to start what they intend to be quarterly reports after noticing a pickup in complaints beginning in 2014, following the rise of Daesh killings in the Middle East and attacks inspired by the group in Europe and the United States.

"There was this widespread sense that we were going right back to how it was after 9/11," when al Qaeda hijackers launched coordinated attacks on New York and Washington, sparking a wave of anti-Muslim sentiment, said Corey Saylor, director of the CAIR department on monitoring and combating Islamophobia. "We wanted to be able to put something factual out there."

The accounting includes a wide variety of bias incidents, from assaults and street harassment, to employment discrimination, to what the group considers unwarranted contact by the Federal Bureau of Investigation.

It also shows a rise in anti-Muslim hate crimes to 260 in 2016, up 44 percent from 180 a year earlier. That includes all crimes recorded where CAIR saw evidence of anti-Muslim bias, not just those where hate crime charges were brought, Saylor said.

CAIR attorneys reviewed each incident reported and eliminated cases that were later disproved, including a New York City woman who alleged she had been attacked by Trump supporters shortly after his election. She was later arrested and charged with making up the encounter.

Trump promised during his campaign to impose a temporary ban on Muslims coming to the United States, presenting this as a way to prevent militant attacks. His early executive orders intended at putting a temporary stop on citizens from a half-dozen Muslim majority countries have been blocked by challenges in court.

His administration has denied any intention of religious discrimination in the travel ban, saying it is intended purely as a national security measure.

Muslims are not alone in experiencing an uptick in bias. A report released last month by the Anti-Defamation League recorded a 34 percent rise in anti-Semitic acts in 2016. "The 2016 presidential election and the heightened political atmosphere played a role in the increase," the ADL concluded in its report.

Trump made his first public condemnation of anti-Semitic incidents in February after a spate of bomb threats to Jewish community centers and vandalism in a Jewish cemetery. He was criticised by Jewish groups for responding too slowly.

At the Providence mosque, one of about 30 to receive similar threatening letters following Trump's election, Elansari said there has been an upside to the threat: "A lot of brothers and sisters from the Jewish and Christian communities gave us a lot of support, they called and sent support letters."