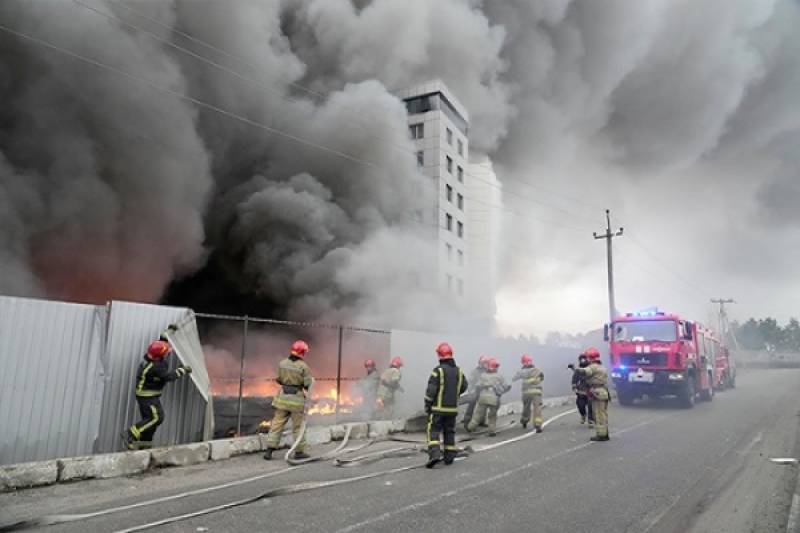 Governor of Luhansk region, Serhiy Haidai, said a Russian plane had dropped the bomb. About 90 people had been sheltering in the building in Bilohorivka, and 30 were rescued, he added.

According to the governor, the blast brought down the building which caught fire and it took firefighters three hours to extinguish the blaze. He further said almost the entire village had been sheltering in the basement of the school.

The final death toll would only be known when the rubble had been cleared, Haidai said.

Ukraine and its Western allies have accused Russian forces of targeting civilians in the war, something that Moscow denies.

US President Joe Biden and other G7 leaders held a video call with Ukrainian President Volodymyr Zelensky in a show of unity ahead of Russia’s Victory Day celebrations on Monday.

The G7 said it was committed to phasing out or banning Russian oil and denounced President Vladimir Putin's invasion of Ukraine.