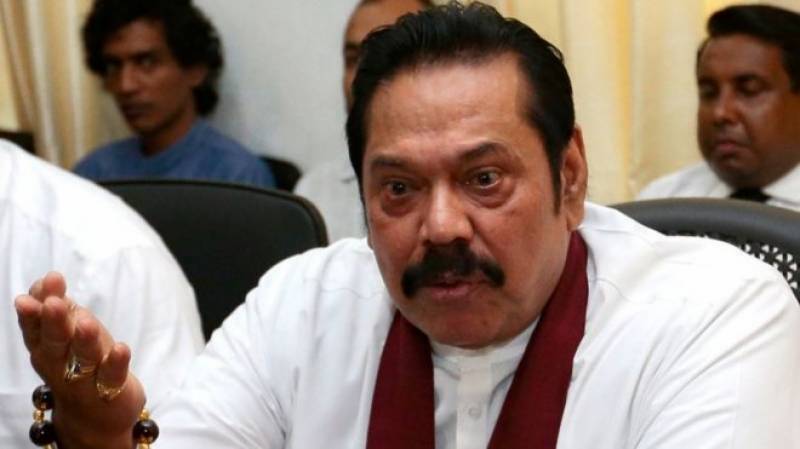 According to his spokesperson Rohan Weliwita, the 76-year-old sent his letter of resignation to his younger brother, President Gotabaya Rajapaksa, clearing the way for a “new unity government.”

Effective immediately I have tendered my resignation as Prime Minister to the President.

The move came as the island was placed under curfew after violent clashes between Rajapksa supporters and anti-government protesters in Colombo.

Earlier in the day, the Sri Lankan authorities imposed a nationwide curfew and deployed the army after dozens of people were hospitalised when government supporters armed with sticks and clubs attacked protestors.

As per reports, a lawmaker of the ruling party succumbed amid a clash with anti-government protesters outside the capital while scores were wounded. MP Amarakeerthi Athukorala opened fire and critically wounded two people blocking his car in Nittambuwa, and was later found dead after trying to take refuge in a nearby building, per reports.

The violence was the worst since police shot dead one protestor and wounded 24 others blockading a railway line and a highway between Colombo with the central city of Kandy on April 19.

On Friday, the government imposed a state of emergency granting the military sweeping powers to arrest and detain people after trade unions brought the country to a virtual standstill.

The defence ministry said in a statement Sunday that anti-government demonstrators were behaving in a "provocative and threatening manner" and disrupting essential services.

Meanwhile, a new unity government is likely to be formed to resolve the country’s worst economic crisis since independence. Key opposition party announced not to join any government led by members of Rajapaksa.

The country of nearly 22 million has suffered huge shortages of food, basic medicines, and fuel amid a horrific economic crisis that triggered anti-government demonstrations.

In April, Sri Lanka announced it was defaulting on its $51 billion foreign debt.