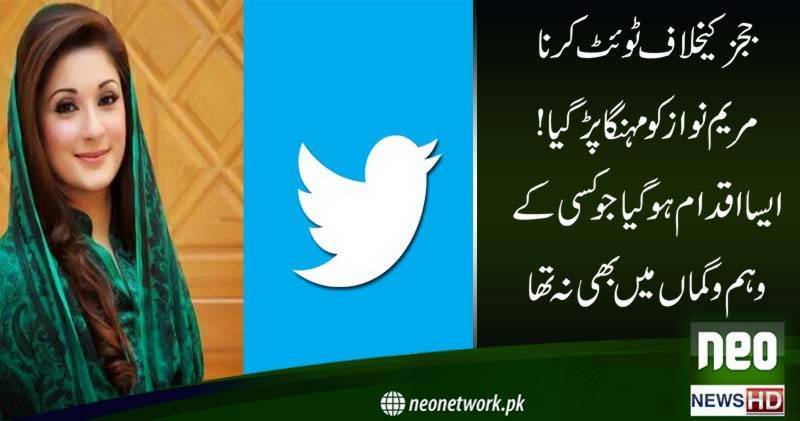 The petition statement claims that Maryam Nawaz’s tweets reflects her rebellious intentions for what she should be accountable.

Further it is claimed that Maryam Nawaz has attempted character assassination of Judges and she should be charged for her action.

Maryam Nawaz, on Tuesday reacted angrily to the detailed judgement of the Supreme Court in the Panamagate case.

Maryam took to Twitter saying, “This decision (to disqualify her father and open corruption cases against the Sharif family) could only be under immense pressure otherwise such travesty of justice is unimaginable.”

The latest decision is based more on 'adjectives' than law. First time witnessed seat of justice spewing venom.

This decision could only be under immense pressure otherwise such travesty of justice is unimaginable. pic.twitter.com/hxuvSvPu1e

“He (Sharif) tried to fool the people inside and outside Parliament. He even tried to fool the court without realising that ‘you can fool all the people for some of the time , some of the people all the time but you cannot fool all the people all the time’. Refuge in evasive, equivocal and non-committal replies does not always help,” says the 23-page judgment authored by Justice Ejaz Afzal Khan on the dismissal of the review petitions filed by Nawaz Sharif, his children, and Finance Minister Ishaq Dar.

The judges also observed that Maryum, prima facie, was the beneficial owner of the London’s Avenfield apartments – an observation which belies the Sharif family’s claim.

Harassing women may become noose around your own neck now