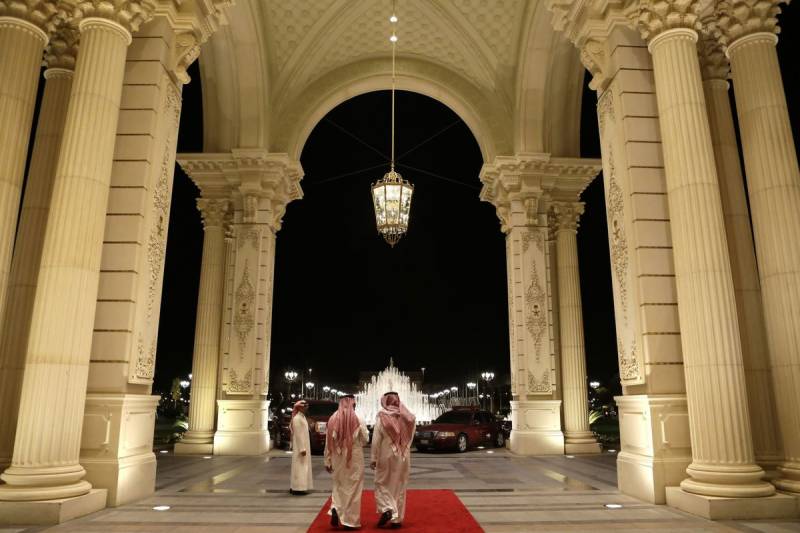 Riyadh (Reuters): Saudi Arabia’s crackdown on corruption has spread beyond its borders as regulators in the United Arab Emirates ask UAE banks for information about Saudi citizens detained in the investigation, a possible prelude to freezing their accounts.

The UAE central bank has requested commercial banks and finance companies in the UAE to provide details of the accounts of 19 Saudis, commercial bankers told Reuters on Thursday, declining to be named because of the sensitivity of the matter.

Almost all of the 19, including billionaire Prince Alwaleed bin Talal and former National Guard chief Prince Miteb bin Abdullah, are known to be among dozens of senior officials and businessmen detained in the corruption inquiry.

Commercial bankers said UAE authorities had not explained why they wanted the information, but believed the authorities were acting at the behest of the Saudi government, which has said it aims to recover billions of dollars of illicit assets identified in its investigation.

Central bank officials in the UAE, a federation of seven emirates, were not available to comment, and Saudi officials in Riyadh, who have frozen over 1,700 domestic bank accounts as part of the crackdown, did not respond to requests for comment.

The UAE, particularly its most commercially prominent emirate Dubai, is one of the main places where wealthy Saudis park their money abroad. In addition to bank accounts, they buy luxury apartments and villas in Dubai and invest in the emirate’s volatile stock market.

Huge amounts of money may be at stake. Corruption has over the years siphoned off $800 billion from Saudi state revenues, an official at the Riyadh Chamber of Commerce and Industry has estimated; bankers believe much of it is held abroad, in countries including Switzerland and Britain.