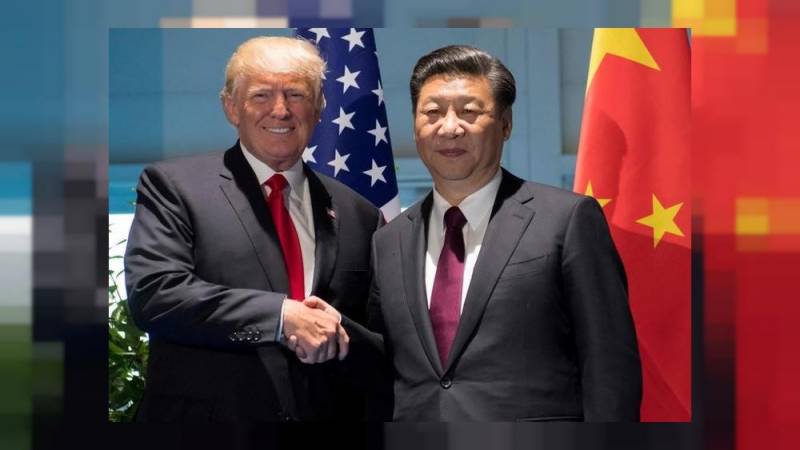 BEIJING (Reuters): US President Donald Trump pressed China to do more to rein in North Korea on Thursday and said bilateral trade had been unfair to the United States, but praised President Xi Jinping’s pledge that China would be more open to foreign firms.

On North Korea’s nuclear and missile programs, Trump said “China can fix this problem quickly and easily”, urging Beijing to cut financial links with North Korea and also calling on Russia to help.

Trump was speaking alongside Xi in the Chinese capital to announce the signing of about $250 billion in commercial deals between US and Chinese firms, a display that some in the US business community worry detracts from tackling deep-seated complaints about market access in China.

Xi said the Chinese economy would become increasingly open and transparent to foreign firms, including those from the United States, and welcomed US companies to participate in his ambitious “Belt and Road” infrastructure-led initiative.

Trump made clear that he blamed his predecessors, not China, for the trade imbalance, and repeatedly praised Xi, calling him “a very special man”.

“But we will make it fair and it will be tremendous for both of us,” Trump said.

“Of course there are some frictions, but on the basis of win-win cooperation and fair competition, we hope we can solve all these issues in a frank and consultative way,” Xi said.

“Keeping opening up is our long-term strategy. We will never narrow or close our doors. We will further widen them,” he said. China would also offer a more fair and transparent environment for foreign firms, including US ones, Xi said.

Trump is pressing China to tighten the screws further on North Korea and its development of nuclear weapons in defiance of UN sanctions. At least modest progress is hoped for, although there are no immediate signs of a major breakthrough, a US official said earlier.

Referring to Xi, Trump said: “I do believe there’s a solution to that, as do you.”

Xi reiterated that China would strive for the denuclearisation of the Korean peninsula but offered no hint that China would change tack on North Korea, with which it fought side-by-side in the 1950-53 Korean war against US-led forces.

“We are devoted to reaching a resolution to the Korean peninsula issue through dialogue and consultations,” Xi said.

Briefing reporters after the talks, US Secretary of State Rex Tillerson said Trump told Xi: “You’re a strong man, I’m sure you can solve this for me.”

Tillerson said both leaders agreed they could not accept a nuclear-armed North Korea but he acknowledged they had some differences over tactics and timing.

Tillerson pointed out that Trump, in a speech in Seoul, had “invited the North Koreans to come to the table,” in line with the Chinese desire for a negotiated solution. He added, however, that Trump was prepared for a “military response” if he deemed the threat serious enough, but “that’s not his first choice”.

“We are going to work hard on diplomatic efforts as well,” he said, but did not elaborate.

In a show of the importance China puts on Trump’s first official visit, Thursday’s welcoming ceremony outside Beijing’s Great Hall of the People overlooking Tiananmen Square was broadcast live on state television - unprecedented treatment for a visiting leader.

Earlier on Thursday, Xi said he had a deep exchange of views with Trump and reached consensus on numerous issues of mutual concern.

“For China, cooperation is the only real choice, only win-win can lead to an even better future,” he said.

Xi said China and the United States strengthened high-level dialogue on all fronts over the past year and boosted coordination on major international issues, such as the Korean peninsula and Afghanistan.

“Relations between China and the United States are now on a new historical starting point,” Xi said.

Trump and Xi hit it off at their first meeting in April at Trump’s Mar-a-Lago resort in Florida and continued their “bromance” on Wednesday with an afternoon of sightseeing together with their wives. However, divisions persist over trade and North Korea.