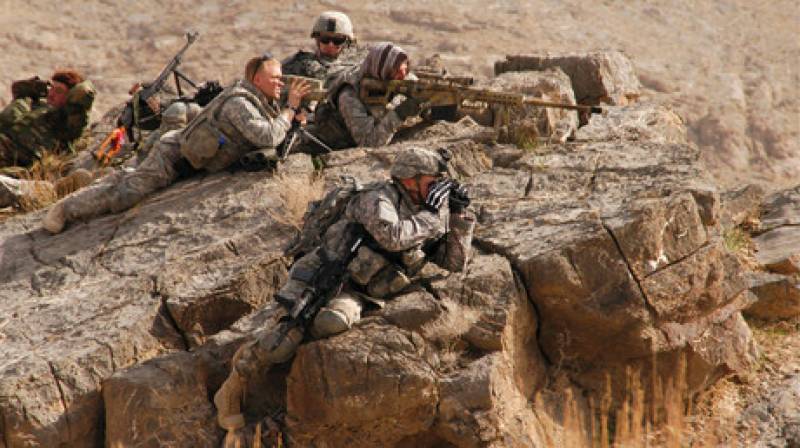 Washington (Web Desk): Washington has expended a whopping $5.6 trillion on wars in Afghanistan, Iraq, Syria and Pakistan since 2001, according to a new study. That figure is more than three times what the Pentagon has claimed in official estimates.

Research from the Watson Institute of International and Public Affairs at Brown University found that as of late September, the US wars combined with “additional spending on Homeland Security and the Departments of Defense and Veterans Affairs” had totalled more than $4.3 trillion since the 9/11 attacks in 2001. That number surged to $5.6 trillion once likely costs were added for the fiscal year 2018, along with estimated future spending on veterans.

The study noted that its figure is drastically different from the $1.52 trillion which the Pentagon claims the wars have cost US taxpayers between fiscal years 2001 and 2018. That number was given in an earlier Pentagon report titled ‘Estimated Cost to Each Taxpayer for the Wars in Afghanistan, Iraq and Syria.’

The Watson Institute claims to have used a “more comprehensive estimate” of the global ‘War on Terror,’ citing a total approximate cost of $23,386 per US taxpayer. “The difference between this Costs of War Project estimate and other estimates is that it includes not only Pentagon/Department of Defense military spending, but other war-related costs, including war-related spending by the State Department, the Department of Veterans Affairs, and Homeland Security,” says the report.

The extra cost considerations include expenses such as providing long-term medical care for veterans. Such expenditures are important to include when dealing with the estimated cost of wars, according to study author Neta Crawford.

“War costs are more than what we spend in any one year on what’s called the pointy end of the spear,” she told the Wall Street Journal. “There are all these other costs behind the spear, and there are consequences of using it, that we need to include.” Crawford noted that the US government wasn’t trying to be deceptive, but that its calculations do not include the “real costs” of war.

As for the costs of specific wars, the study notes that the “two largest categories of expenses have been for the wars in Iraq and Afghanistan.” It says that “spending for these wars peaked, respectively, in 2008 and 2011.”