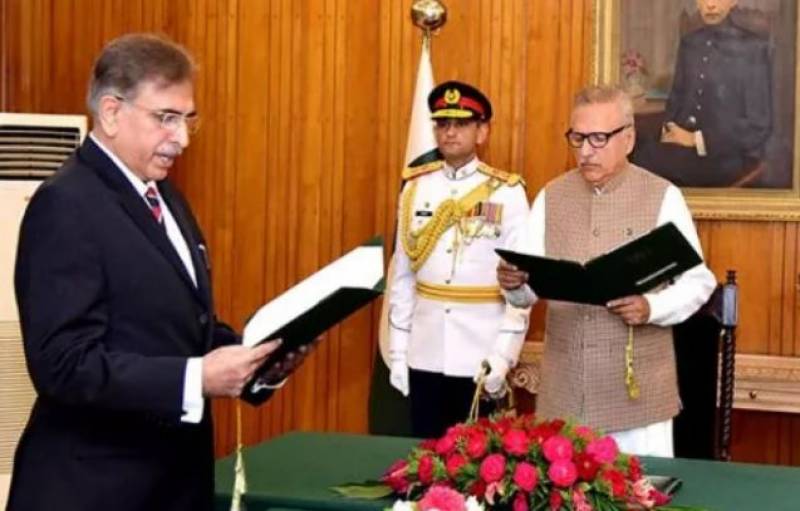 President Dr. Arif Alvi administered the oath of office to Haseeb Athar as Chairman FPSC in a ceremony held at the Aiwan-e-Sadr.

The President congratulated Mr. Haseeb Athar on his appointment as FPSC Chairman and hoped that he will discharge his responsibilities in an efficient manner.

The ceremony was attended by senior officers and members of FPSC.