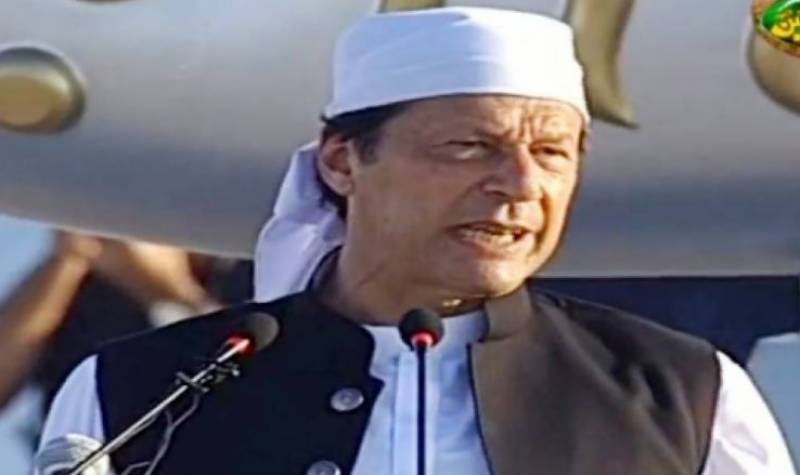 He said this while addressing the inaugural ceremony of historic Kartarpur Corridor Corridor to facilitate entry of Sikh pilgrims from India into Gurdwara Darbar Sahib at Kartarpur in Narowal district of Pakistan.

The PM said that the issue of occupied Kashmir can be solved through talks between the two countries.

The prime minister said when he assumed power, he sent a message to his Indian counterpart Narendra Modi that we should resolve the bilateral issues to eradicate poverty by opening borders and promoting trade.

He, however, regretted that this message was not reciprocated and what is happening in Kashmir today is beyond the issue of territory.

"More than eighty million people are besieged and it has become a humanitarian issue", Khan said.

The PM said no peace can come unless issue of Kashmir is resolved through dialogue. Imran Khan sent a message to Indian Prime Minister to give justice to Kashmiris.

He said with the resolution of Kashmir issue, the benefits reaped by the people of both India and Pakistan will be immense.

He said opening of Kartarpur is like the Muslims standing at a close distance to Madina Munawwara and are unable to visit it, is akin to Kartarpur Corridor for Sikhs.

It is pertinent to mention that Kartarpur Corridor has been opened on the 550th birth anniversary celebrations of Guru Nanak Dev Ji beginning from Tuesday.

Dubbed as 'Zero Point', the corridor including a bridge stretches for one-kilometer over the Ravi River flowing between the two countries.