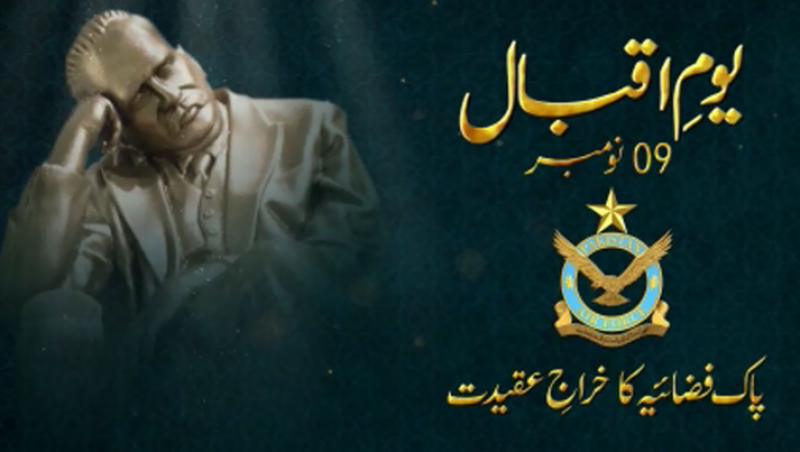 The PAF's Directorate General of Public Relations (DGPR) has also shared the video on Twitter.

PAF Shaheens pay homage to the National Poet and Pakistan's Ideological inspiration with a resolve to pursue his ideals for the glory of the Nation pic.twitter.com/aMUrnrR2dH

The short documentary highlighted that Iqbal’s poetry has depth of thought and insight. The creation of the motherland had been accomplished by his intellectual efforts, it added.

By terming the young generation as Shaheen (Eagle), Iqbal wanted to inculcate in them a lofty idea, passion for action, wide vision and boldness, and also wanted to fully fulfill their curiosity.

According to Iqbal, the Shaheen’s life is self-deprecating, curious in its nature and swooping in its habit.

“He is the only ruler of vast space who loves the skies and heights,” the documentary mentioned the vision of Iqbal for youth as Shaheen.

The documentary renews the pledge that every Shaheen of the PAF is always ready to protect the motherland and would not spare any sacrifice if required.