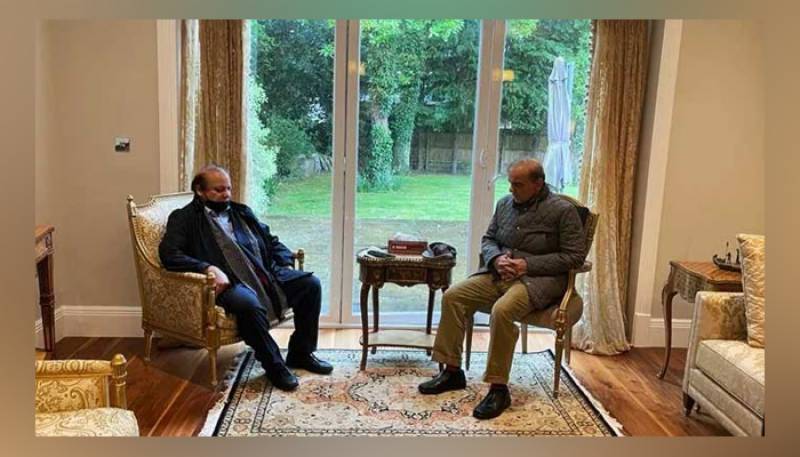 In a tweet, Information Minister Marriyum Aurangzeb updated the development saying that the premier had left for the British capital on a “private visit via a private flight”.

According to sources, during his visit to London, PM Shehbaz will consult with Pakistan Muslim League-Nawaz (PML-N) supremo Nawaz Sharif on important issues.

The current domestic political situation in Pakistan, including Pakistan Tehreek-e-Insaf (PTI), will also be discussed during the meeting.

The PM and the PML-N chief are also expected to discuss rival party chief Imran Khan's march toward the capital as well.

It is pertinent to mention that this is Prime Minister Shehbaz Sharif's second visit to the city since September where he had met with Nawaz a day after arriving in London to attend the state funeral of the late Queen Elizabeth II.

Earlier, addressing Roundtable Conference on Climate Change and Sustainability of Vulnerable communities on the sidelines of COP 27 Summit in Sharm El-Sheikh, Egypt on Tuesday, Prime Minister Shehbaz Sharif urged the international community to focus on climate justice as Pakistan is one of the most vulnerable countries to climate change despite being only one percent contributor to it.

He called on the world community to extend additional financial aid to Pakistan and not loans to set up resilient infrastructure as the country suffered life and economic losses due to massive floods this year.