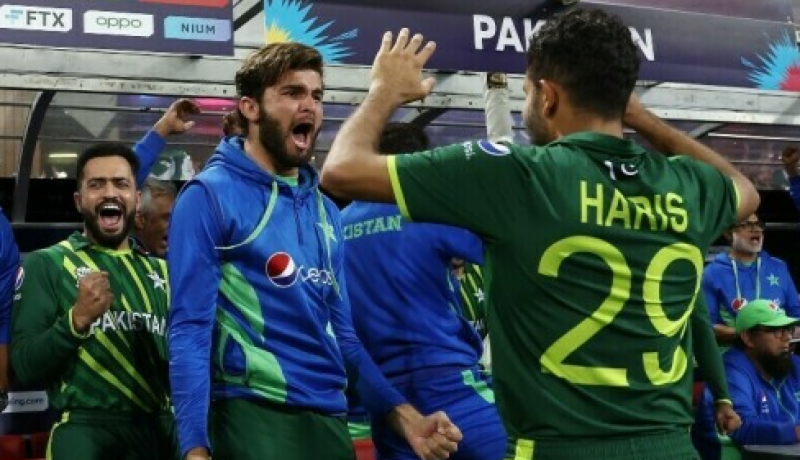 Islamabad (Web Desk): President Dr Arif Alvi and Prime Minister Shehbaz Sharif on Wednesday appreciated the Pakistan cricket team over their victory in the semifinal against New Zealand to reach the final contest of the T20 World Cup.

“Green shirts you make us proud. On to the finals,” the president said and conveyed his best wishes for the final match expressing hope for their win.

Prime Minister Shehbaz Sharif has also felicitated the Pakistan cricket team on making it to the final with an incredible come back.

PM Shehbaz also mentioned three traits of “passion, commitment and discipline” as a reference to the driving force behind the victory of the Pakistan cricket squad.

Well done Team Pakistan ???????? for an incredible come back.

He wished the team good luck for final.

Foreign Minister Bilawal Bhutto also congratulated the captain and all other players of the national cricket team.

Congratulations to Babar Azam and the team for a great win.

Great win Team Pakistan! Congratulations. On to the finals of T20 World Cup!

The Green Shirts have booked their place in the final at Melbourne Cricket Ground opposite India or England, as the two are set to clash on Thursday in the second semi-final.