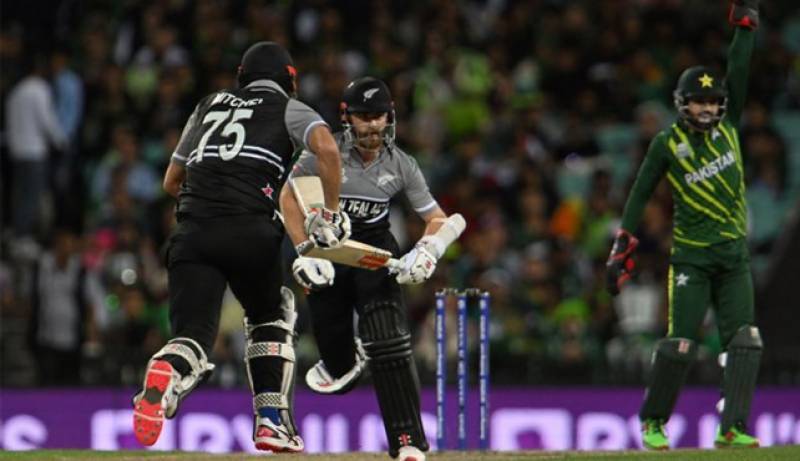 Sydney (Web Desk): New Zealand on Wednesday set 153-run target for Pakistan in the first semi-final of the T20 World Cup at the Sydney Cricket Ground on Wednesday.

Earlier, New Zealand won the toss and decided to bat first against Pakistan and scored 152 runs for the loss of 4 wickets in the 20 overs.

Recently, the Men in Green beat Black Caps in New Zealand to win the T20 tri-series title. Now, Pakistan would be eyeing a win riding on the momentum it has gathered over the last couple of matches in the Super 12 stage, especially South Africa and Bangladesh.