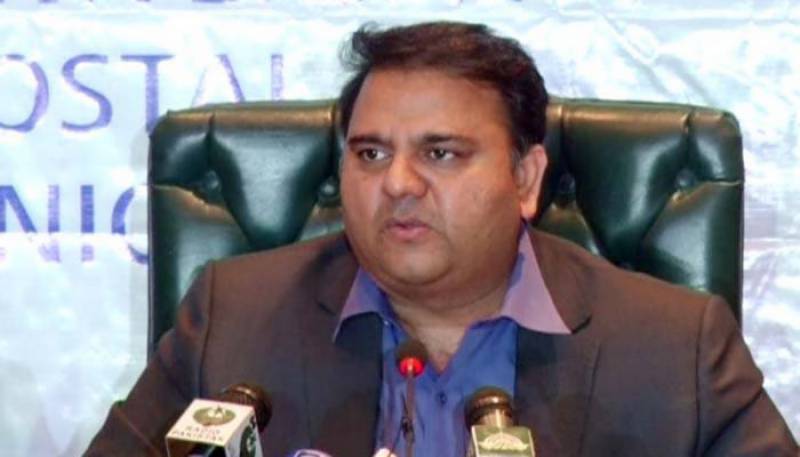 Islamabad (Staff Report): Minister for Information and Broadcasting Fawad Chaudhary on Tuesday said that the government did not want to approach the International Monetary Fund (IMF) but it is taking decisions to help the country stand on its own feet.

Addressing at a function in connection with Postal Day in Islamabad, he said the government wants to mobilize resources to run affairs of the state but it cannot add more burden on the poor.

Referring to the decision of the government to go to IMF, Fawad said the country presently has foreign exchange reserves just to cover imports worth one and a half month. He said the country has to pay back loans worth eight billion dollars this year.

The previous governments "drowned the country in debt", Chaudhry alleged, "They used the nation's money on unnecessary things or for their own profit."

"If people pay for their medical treatments abroad through the nation's tax returns, then what will become of the country?" he questioned.

“Pakistan cannot be run by pleasing everyone,” he added.

"Institutions exploit overseas Pakistanis as soon as they set foot in the court, so why would they come here?" he asked.

On Monday, Finance Minister Asad Umar announced that the government has decided to initiate negotiations with International Monetary Fund (IMF) for the recovery and stabilization of national economy.

In a video message, Finance Minister Asad Umar said said after taking into account the current situation and consultation with the leading economists, the government has decided to approach the IMF for an economic recovery program.

He said that the government inherited 6.6% of fiscal deficit, more than a trillion Rupees of unaccounted for losses in the energy sector and an unprecedented and debilitating current account deficit running at 2 billion dollars a month.

The finance minister said that fiscal and monetary actions were needed to be undertaken without delay to correct the underlying imbalances.

On October 8, Prime Minister Imran Khan also hinted at approaching the IMF for “bridging loans” during the critical phase the country is passing through. Meanwhile friendly countries are being approached to deposit funds in the State Bank to boost reserves.